A Grenfell Tower Inquiry website has been set up to provide the latest information on the Inquiry, including details of hearings, evidence and how to contact the Inquiry team.

On 16 June 2017, Prime Minister Theresa May announced a Public Inquiry into the fire. The Inquiry will report directly to the Prime Minister.

On 29 June 2017, Theresa May announced that Sir Martin Moore-Bick had been appointed to lead the Inquiry. 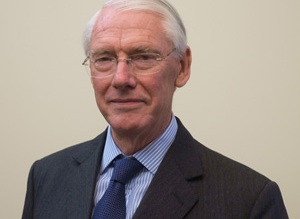 Sir Martin Moore-Bick was recommended by the Lord Chief Justice and is an experienced former Court of Appeal judge. He was called to the Bar in 1969 and appointed Queen’s Counsel in 1986. He was appointed to the High Court in 1995 and to the Court of Appeal in 2005. He retired as a Lord Justice of Appeal in December 2016. He specialised in commercial law, dealing with disputes relating to the transport of goods.

The Inquiry was established under the 2005 Inquiries Act, and has the power to compel the production of documents, and to summon witnesses to give evidence under oath. The Inquiry will prioritise establishing the facts so that action can be taken to prevent a similar tragedy. It will also consider the wider lessons from the fire and the inspections of other buildings that followed.

Evidence gathering will include:

However, the terms of reference were immediately called into question, when, speaking on 29 June, Sir Martin said:

On 15 Aug 2017, the full terms of reference for the Inquiry were published, including:

The terms drew immediate criticism for being too narrow and excluding the wider social and political conditions around the tragedy, as well as the implications of social housing policy.

Joe Delaney from the Grenfell Action Group said: "If it is interpreted as narrowly as it seems Sir Martin Moore-Bick instinctively seems to interpret things then we may have a serious problem."

The Labour leader Jeremy Corbyn wrote to the Prime Minister Theresa May to express his deep concern with the decision to exclude the broader social and political issues raised by the fire from the terms of reference of the inquiry; "The fire has raised profound concerns about the way that social housing is provided and managed in this country, and I as well as many survivors worry that without a wider focus, the inquiry will fail to get fully to grips with the causes of the fire."

After the terms were published, May said the wider implications of the fire on social housing policy would be examined separately by the housing minister, Alok Sharma.

The Inquiry formally opened at 10:30am on 14 September 2017 at the Connaught Rooms, 61-65 Great Queen St, London, with an opening statement from Sir Martin Moore-Bick, setting out the approach to the Inquiry and how it will operate.

He introduced the Inquiry team, and confirmed that he would also appoint assessors to help him.

He also expanded on the structure of the Inquiry, saying:

“I propose to conduct the Inquiry in two phases. In the first phase I shall investigate the development of the fire itself, where and how it started, how it spread from its original seat to other parts of the building and the chain of events that unfolded during the course of the hours before it was finally extinguished. I shall also be looking into the response of the emergency services and the evacuation of residents."

"The second phase of the Inquiry will examine across a broad front how the building came to be so seriously exposed to the risk of a disastrous fire... I shall also examine the response to the disaster and the steps taken in the days immediately following the fire to provide food, shelter and other basic amenities to those whose homes had been destroyed and who had lost everything."

"In my letter to the Prime Minister of 10 August 2017 I said that I hoped to be able to produce a first report by Easter 2018. Such a report will have to be limited to what I have described as the first phase of the Inquiry..."

On 28 September 2017, a memorandum of understanding (MoU) with the Metropolitan Police Service was published on the Inquiry's website. The MoU formalises the arrangement for how the Inquiry will work with the police. (Ref. https://www.grenfelltowerinquiry.org.uk/news/memorandum-understanding-police/)

In November 2017, Sir Martin Moore-Bick appointed Professor David Nethercot OBE to assist with considering technical issues. Prof Nethercot is emeritus professor of civil engineering at Imperial College London, past President of the Institution of Structural Engineers and a former Council Member of the Royal Academy of Engineering.

In January 2018, the accountancy firm KPMG announced that it had quit as an advisor to the inquiry due to conflict of interest accusations.

Campaigners argumed that KPMG had failed to disclose its role as auditor to three of the organisations that are currently at the heart of the investigation - Rydon Construction (who refurbished Grenfell Tower in 2015), Celotex (the insulation material manufacturer), and the Royal Borough of Kensington and Chelsea (the owner of the tower).

In a statement, The Grenfell Tower Inquiry said; "Following concerns expressed by some core participants, the inquiry team has discussed the contract with KPMG, which has agreed that its work should now cease. The support and confidence of all core participants is integral to the work of the inquiry.”

In April 2018, the timetable for the inquiry was unveiled. It will examine 13 separate issues - 4 in the first phase and 9 in the second.

The first phase is due to start on 21st May and run until early November 2018. This will begin with two weeks of testimony from friends and relatives of the 72 victims. Firefighters and commanders will then give evidence for around six weeks, starting on 21st June. The bereaved, survivors and local residents will provide personal accounts during September.

This first phase will not examine why the fire happened or decisions that were made regarding the refurbishment. These issues are to be dealt with in a second phase which, it was suggested, could cause the inquiry to run into 2020.

However, in May 2019, it was announced that writing the phase 1 report had been more complex and time-consuming than originally anticipated and that it would be delyed until October 2019.

In addition, an opening statement was published from Harley Facades.

The reports revealed, amongst other things, that there had been failures in fire doors, lifts, water supplies for fire fighters, cavity barriers, ventilation systems and the cladding system.

The reports also suggested that the ‘stay put’ advice given to occupants had remained in place for too long, and that once the fire had breached the flat of origin, it would have been better if occupants had evacuated.

However, there was insufficient evidence to determine the cause of the fire, even based on a balance of probabilities, although it had originated around a fridge-freezer in Flat 16. The evidence suggested that the subsequent spread of the fire was caused by polyethylene in the cladding.

The Grenfell Tower Inquiry Phase 1 Report was published on 30 October 2019. It found that the London Fire Brigade’s (LFB’s) preparation and planning for such a fire was “gravely inadequate”, and in particular, incident commanders had received no training in how to recognise the need for an evacuation or how to organise one.

On 25 January 2020, the Prime Minister announced the resignation of Benita Mehra from her role as a panel member on the Inquiry following revelation of a potential conflict of interest. However the Phase 2 hearings began as planned at 10am on Monday 27 January 2020. The hearings begin with opening statements, starting with a statement from Studio E Architects Limited.

In February 2020, Sir Martin Moore-Bick accepted that witnesses for the companies involved in refurbishment of the building could apply to be protected from having their answers used against them in court. The attorney general then ruled that anything said by witnesses wiould not be used to prosecute them.

On 16 March 2020, following the coronavirus outbreak the Inquiry was suspended. Ref https://assets.grenfelltowerinquiry.org.uk/inline-files/2020.03.16%20Message%20from%20the%20Chairman.pdf