On 12 January 2021, the Welsh Government published a building safety white paper entitled Safer Buildings in Wales. The white paper presents proposals for comprehensive reform of legislation that contributes to Welsh building safety. It focuses on legislative change across the lifecycle of buildings and presents aspirations for culture change in the way buildings are designed, constructed and managed.

Whilst Wales has a good record on fire safety, the tragic fire at Grenfell Tower showed the need to make changes and improvements to building safety systems throughout the country. The intention of the consultation is to create a rigorous building safety regime that would overhaul the existing system. The format of the paper sets out questions for consideration by those involved in building safety.

The proposals in the white paper build on the work presented in the Welsh Building Safety Expert Group’s report – Road Map to Safer Buildings in Wales. This includes the establishment of clear lines of accountability through the creation of new roles and responsibilities for those who own and manage relevant buildings. It will also mean providing a stronger regulatory system to hold those responsible to account and prioritsing the needs of residents, with enhanced rights and a stronger voice on matters affecting their homes.

The Building Safety Regime is intended to cover all multi-occupied residential buildings. This means the scope of the regime would capture a house converted into two flats, a licensed house in multiple occupation (HMO), a high-rise apartment block and other types of residential buildings where there is a risk from fire or structural safety that has the potential to impact significant numbers of people.

The white paper is a response to problems found by the Hackitt Review and the Grenfell Inquiry. Whilst these problems are very similar in England and Wales, the scale of the problems is very different; in England there are over 12,000 high rise (Category 1) residential buildings, but in Wales there are approximately 148. 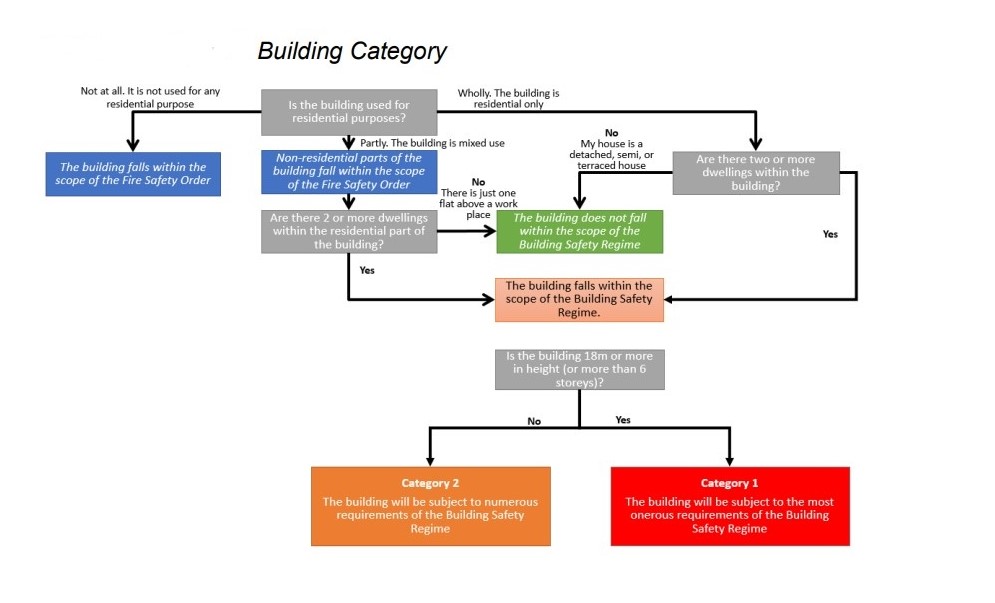 In addition to identifying the initial steps for improved building safety in Wales, the white paper covers several important considerations, including:

Retrieved from "https://www.designingbuildings.co.uk/wiki/Building_safety_in_Wales"
Create an article