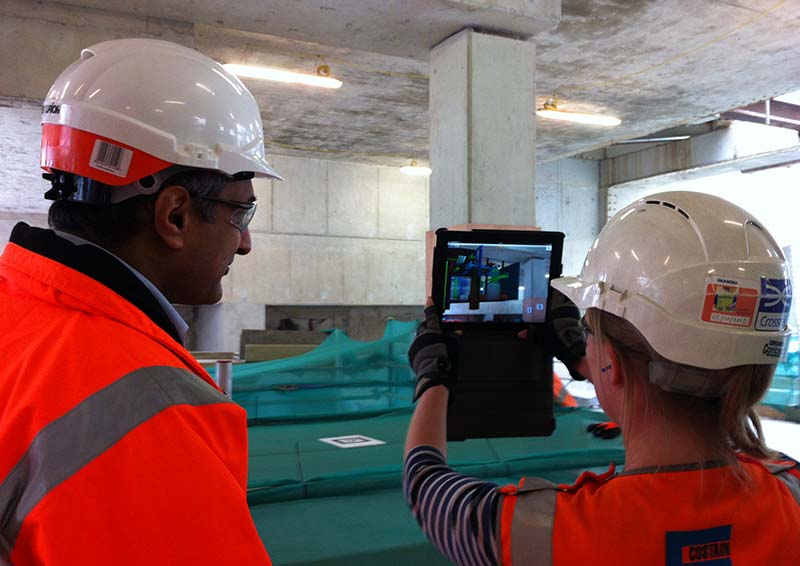 It seems that the biggest concerns facing the built environment sector today are investigating what has gone wrong with our systems leading to building failures which have resulted in a tragic loss of lives. Chartered Institute of Architectural Technologists (CIAT) members have been at the forefront in attempting to resolve these issues and improving procedures and standards from education to practical implementation.

Notably, CIAT is actively participating through Construction Industry Council Working Groups and directly with government to review the results of the Hackitt Report on Building Regulations and Fire Safety as a result of the Grenfell Tragedy. These are prominent in the outcomes of the Cole Report, instigated by the failure in Edinburgh Schools buildings. The similarities in issues that need addressing are quite evident.

CIAT fully supports the Hackitt Report’s scope to review – as a whole – the regulatory systems and procedures. However, it considers that discussion on the developing narrative following this wholesale review is necessary since certain particulars are promoted at the expense of others. This might not deliver the future envisioned due to industry capacity at various pinch points in the approval and assurance process.

CIAT considers that the emphasis of an entire system not fit for purpose should be qualified by management in use issues together with poor maintenance and inspection. The widely accepted rarity of major fires would suggest a healthy degree of incongruence between the two positions of wholesale problems and exceptionally few incidents. This is not attributable merely to fortune, it is because the industry has ambitious and dedicated, qualified and competent, educated and articulate people designing and constructing our built environment: there are discrete issues that have led to safety gaps caused by poor fire-safety assurance processes through design, construction and management in use, and the Report diligently looks at these in some detail.

However, the narrative of incompetent designers and contractors attempting to circumvent safety is not recognised in the design process. It should be understood, however, that profit margins can influence contractor behaviour, and sub-contractors are unlikely to understand the wider building issues: they are onsite to perform a particular task, and it is essential that they are trained to a competent standard, including the reason for undertaking certain jobs in a particular way and understanding the ramifications of incorrect installations. It is also not uncommon for jobs to be rushed at the last minute because pressure is applied due to various factors, external and internal.

The Institute further advocates the use of existing systems that work, such as robust details. In addition, fire safety assurance can be improved by being delivered in practice using the QDR process (as outlined in BS7974), itself informed, as appropriate, by desktop studies. In this respect, desktop studies must be promoted and interrogated. The absence of the QDR process from the Report is unfortunate and one which CIAT has asked to be reconsidered.

In saying that, it is equally true that any QDR is only as strong as the team assembled: thus, relevant competences are important, provided they are supported by experience. Sector specific expertise is evident in the industry already – in rail, airports, nuclear and shopping centres. We certainly agree that a similar robust sector-specific expertise process needs to be developed for high-rise.

In Appendix B of the report, resolution of improved fire-safety assurance can be mitigated by developing a model assurance procedure, thereby improving the change control process and record keeping.

The role of government in setting outcome-based criteria is not clear – the Building Regulations would already appear to accommodate this. It seems that the failings are a result of a lack of understanding and the following of procedures and processes that are already in place.

It is implied that the Building Regulations are unfit for purpose. There is no explanation given for this conclusion. There is a definite misunderstanding between regulations and guidance, the latter could be clearer.

The safety case is for high hazard – low population industries. Some ALARP tests are not suitable for high-rise residential or other buildings where mobility and vulnerability issues arise, such as in care homes and hospitals. A serious re-think on ALARP is required in connection with cost-benefit analysis thresholds, gross disproportion tests and probabilistic analysis studies (PSA). The Channel Tunnel PSA is often held as an example of the shortcomings: a 1 in 400-year event has happened five times since the tunnel opened in the mid-1990s.

Gross disproportion thresholds arise from the Sizewell B enquiry from evidence given by John Locke. This has never been tested in law. The value of preventing a fatality in actual fact is not representative of the evidence provided at Sizewell, because the assessment is too narrow. It excludes parliamentary time for legislation, further enquiries, bureaucratic broadening, more guidance documents, new training/monitoring, and management time at all levels of organisations. What needs to be clarified is the application of either ‘deemed to satisfy’ or ‘ALARP’ to high-rise residential. If ALARP is to apply, are the disproportionate thresholds of between 3 and 10 times the value of preventing a fatality correct? Is it actually the right way at all in the new safety case proposed at Grenfell ten times preventing a fatality would result in it not being adopted if the cost was £1.4bn (using £2m per fatality)?

What will the JCA change from BS-9991 and BS-7974? How will JCA competency be assured? The main benefit of the JCA is based on the interim Report’s excellent recommendations, which shrewdly drew out some key concerns relating to client power with respect to the local authority/approved inspector roles (also an issue in other countries reviewed) and the premise of a non-worsening condition not necessarily handing back a building which is ‘safe in case of fire’ – the words of the existing Building Regulations.

The building in use safety case is a positive approach as many tower blocks are still run-down. The intent of the JCA approach will meet reality and it will take a great deal of time to get all buildings over 10 storeys to an ALARP condition. Providing this is in electronic format it is a positive improvement as relevant parts can be uploaded to a cloud where residents have access.

The Institute’s full response can be found by visiting https://ciat.org.uk/resource/building-a-safer-futureindependent-review-of-building-regulations-and-firesafety-ciat-s-response.html

Actions from the Hackitt Report: competence for building a safer future

Within the Report there is a recommendation to review competence for building a safer future. From this, a range of working groups have been established and of the ten, CIAT is involved in the following areas reviewing competence:

These working groups are being headed up by a steering group which feeds back to the Ministry of Housing, Communities and Local Government (MHCLG).

The Institute has also responded to consultations which have been issued by the MHCLG and we have an established Fire Taskforce. If you wish to become involved on the Taskforce, please do contact us to receive information on the process.

CIAT is also dedicated to participating as far as possible in mitigating the issue of building failures and hopes to have the positive influence needed to instil workable solutions.

Members will have seen the recent survey in AT Weekly asking members to submit their experiences in securing PII to CIC. CIAT has responded to this research and would caution members to scrutinise their policies to ensure that they are adequately covered in line with the Code of Conduct.

There have been several recurring themes that the industry has become accustomed to hearing over the past couple of years, such as poor communication, poor workmanship, inadequate level of detail etc. While these statements are not inaccurate, what they do not do is promote what is and has happened as a result of these incredibly harrowing events.

After the publication of the Cole Report in February 2017, the Minister challenged industry to work together, to look forward and, in effect, change the way that the procurement and delivery of buildings was carried out to such an extent that the mistakes and errors should never appear again.

So, what has the Scottish industry done and what input and influence has CIAT had in moving things forward?

Construction Scotland has set up a professional consultants’ forum which will be a long-term partnership between the professional bodies (of which CIAT is an active member) to provide guidance to the ministerial working groups.

There is currently a major review of the compliance and enforcement legislation in relation to the Building Regulations. CIAT is an active member of the review group and our voice is being heard and listened to.

There is also a major review of fire safety in buildings – Section 2 of the Regulations (running concurrently with the compliance and enforcement review). CIAT is also an active member of this working group.

What this shows is that chartered architectural technologists have a unique and highly sought-after skillset and, at government level, CIAT is a well-respected organisation, whose chartered members are actively sought to assist and provide advice.

Retrieved from "https://www.designingbuildings.co.uk/wiki/Addressing_building_failures:_Grenfell_Tower_and_Edinburgh_schools"
Create an article