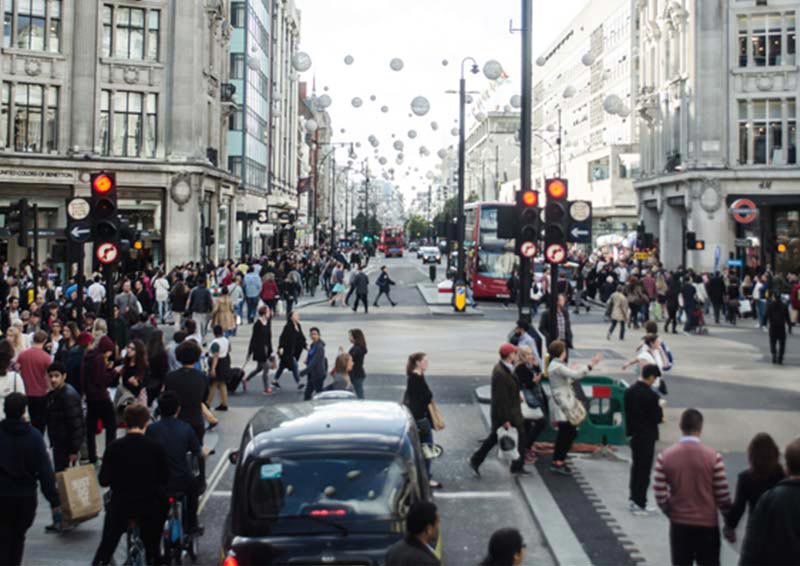 The term ‘built environment’ refers to aspects of our surroundings that are built by humans, that is, distinguished from the natural environment. It includes not only buildings, but the human-made spaces between buildings, such as parks, and the infrastructure that supports human activity such as transportation networks, utilities networks, flood defences, telecommunications, and so on.

The Construction Industry Council (CIC) suggest that the built environment, '...encompasses all forms of building (housing, industrial, commercial, hospitals, schools, etc.), and civil engineering infrastructure, both above and below ground and includes the managed landscapes between and around buildings.'

The Centre for Digital Built Britain defines the built environment as; 'All forms of buildings (residential, industrial, commercial, hospitals, schools), all economic infrastructure (above and below ground) and the urban space and landscape between and around buildings and infrastructure.' Ref The Gemini Principles, December 2018.

'Built environment' can be a useful term, as other descriptions such as ‘buildings’, ’civil engineering’, ‘construction’, and so on, do not fully capture the extent of our human-made environment, and separating the subject into its component disciplines fragments what should be considered a holistic endeavour. However the term itself is not widely used and is easily misunderstood.

As the population increases, and there is greater pressure for sustainable development, the requirements we have from the built environment are becoming more demanding. Over half the planet's population now lives in cities and this figure is predicted to rise to more than 70% by the second half of the century, a figure made even more startling by the fact that the human population will have increased by two billion in the same time-frame.

There is broad agreement that densely populated urban areas should be more sustainable than less concentrated rural settlements. However, whilst around 50% of the global population lives in cities, they account for more than 75% of the consumption of non-renewable resources, and create around three quarters of global pollution.

In part, this is because it is not always clear who is responsible for the built environment. It is an interdisciplinary field, with involvement form architects, engineers, town planners, landscape designers, urban designers, central and local policy makers and so on, but there is often an absence of leadership. It can seem that our built environment simply develops organically, through the constant turnover of stand-alone developments.

In his foreword to the Global Report on Human Settlements 2009, Planning Sustainable Cities Ban Ki-Moon, Secretary General of the United Nations wrote, “The major challenges of the twenty first century include the rapid growth of many cities and the decline of others, the expansion of the informal sector, and the role of cities in causing or mitigating climate change. Evidence from around the world suggests that contemporary urban planning has largely failed to address these challenges.”

Effective development of the built environment depends on a sustained commitment to a clear course of action over the short, medium and long term:

NB Digital Twin Toolkit, Developing the business case for your digital twin, published by cdbb in February 2021, suggests the built environment is made of:

Retrieved from "https://www.designingbuildings.co.uk/wiki/Built_environment"
Create an article