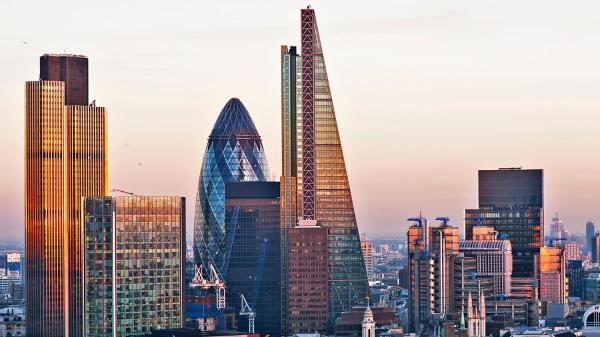 Urban design is the collaborative, multi-disciplinary process of shaping the physical setting for life in cities, towns and villages; the art of making places; design in an urban context. It involves the design of buildings, groups of buildings, spaces and landscapes, and the establishment of frameworks and processes that facilitate successful development.

Peter Webber defines urban design as 'the process of moulding the form of the city through time'. Jerry Spencer has described it as 'creating the theatre of public life'. To Carmona, Heath, Oc and Tiesdell it is 'the process of making better places for people than would otherwise be produced'.

Doug Paterson defined urban design as 'merging civitas and the urbs: building the values and ideals of a civilised place into the structure of a city'. Peter Batchelor and David Lewis define urban design as 'design in an urban context'.

They use the word design 'not in its traditional narrow sense, but in a much broader way. Economic projections, packaging new developments, negotiating public/private financial partnerships, setting up guidelines and standards for historic revitalisation, forming non-profit corporations that combine citizens with public and private sector financing resources, all are considered as design.'

In the words of the writer and critic Peter Buchanan:

'Urban design is about how to recapture certain of the qualities (qualities which we experience as well as those we see) that we associate with the traditional city: a sense of order, place, continuity, richness of experience, completeness and belonging. Urban design lies somewhere between the broad-brush abstractions of planning and the concrete specifics of architecture. It implies a notion of citizenship: life in the public realm. It is not just about space, but time as well.

'Much of what passes for urban design is conceived only for one moment. Good urban design is more than just knitting together the townscape. Urban designers should be configuring a rich network in which buildings come and go: a framework of transport, built fabric and other features, which will create natural locations for things. Urban design structures activities.'

Buchanan has written that 'urban design is concerned with analysing, organising and shaping urban form so as to elaborate as richly and as coherently as possible the lived experience of the inhabitants.

'In essence it is about the interdependence and mutual development of both city and citizen. And at its core is the recognition that, just as the citizen is both biological organism and self-consciously acculturated persona, so the city too is an organism shaped by powerful intrinsic, almost natural, forces (that must be understood and respected in any successful intervention) and a wilfully, even self-consciously, created cultural artefact. Interventions of the creative will have always guided the city's growth and change, elaborated its identity in many ways large and small as well as conceived and realised those crowning glories that make great cities so special.

'Urban design is essentially about place making, where place is not just a specific space, but all the activities and events that it makes possible. As a consequence the whole city is enriched. Instead of a city fragmented into islands of no place and anywhere, it remains a seamlessly meshed and richly varied whole.

'In such a city, daily life is not reduced to a dialectic between city centre and one of the similar suburbs: instead the citizen is encouraged to avail himself of the whole city, to enjoy all its various parts and so enrich his experience and education (become street-wise) in the ways only real urban life allows.'

This definition excludes urban design's proper concern with the structure of a place; it ignores the fact that to a significant extent the characteristics of the spaces between buildings are determined by the buildings themselves; and it encourages architects to ignore the context in which they are designing.

The question of where urban design should or does fit into the landscape of urban professions -- whether it should be regarded as a distinct profession itself, or as a way of thinking, or as common ground between a number of professions or between a wide range of people involved in urban change, for example -- is widely discussed.

Barry Young has suggested a set of stages for the urban design process:

Abercrombie and Forshaw wrote in their 1943 County of London Plan of the 'low level of urban design' in pre-war London. Urban design was being discussed in the American planning profession in the 1950s. What is generally said to have been the first urban design conference was held at Harvard University's Graduate School of Design in 1956, its participants including Lewis Mumford, Jane Jacobs, Victor Gruen And Edmund Bacon. Its organiser, Jose Luis Sert, announced urban design as a new academic field, which he defined as 'the part of planning concerned with the physical form of the city'.

The first university course in urban design was established at Harvard in 1960. Lewis Mumford wrote in 1957 from the USA accusing FJ Osborn (in a letter to him) of identifying new towns with 'only one kind of urban design'. In 1959 the American Institute of Planners' policy statement on urban renewal stated: 'Renewal offers an opportunity to secure superior urban design when relatively large areas of land are improved under coordinated design leadership, and relatively uniform site and building controls'.

The American Institute of Architecture established a Committee on Urban Design in 1960 and published Paul D Spreiregen's book Urban Design: the architecture of cities and towns in 1965. The Joint Centre for Urban Design at Oxford Polytechnic (later Oxford Brookes University) was established in 1972. The UK Urban Design Group was formed in 1978. Punter and Carmona note that in the UK the term urban design 'had been conspicuous by its absence' in government publications and guidance until the publication of John Gummer's Quality in Town and Country in 1994.

The Department of the Environment, Transport and the Regions gave a definition (in Planning Policy Guidance Note 1) that was broad in describing what urban design covered but, despite its length, said little about what sort of activity urban design was.

This article was written by --Urban_Design_Group

NB Spatial development glossary, European Conference of Ministers responsible for Spatial/Regional Planning (CEMAT), Territory and landscape, No 2, published by Council of Europe Publishing in 2007, states: ‘Urban design is a traditional discipline of urban planning which was particularly in fashion when urban planning was essentially expressed by building plans. Urban design was also particularly used in the planning of new towns, encompassing the layout of entire cities. More recently, its focus is put on the planning of public spaces, including the totality of spaces that are used freely on a day-to-day basis by the general public, especially streets and parks.’

It suggests that: 'Urban, city or town planning is the planning discipline dealing with the physical, social, economic and environmental development of metropolitan regions, municipalities and neighbourhoods30. The expression of urban planning consists in elaborating land-use and building plans as well as local building and environmental regulations.'