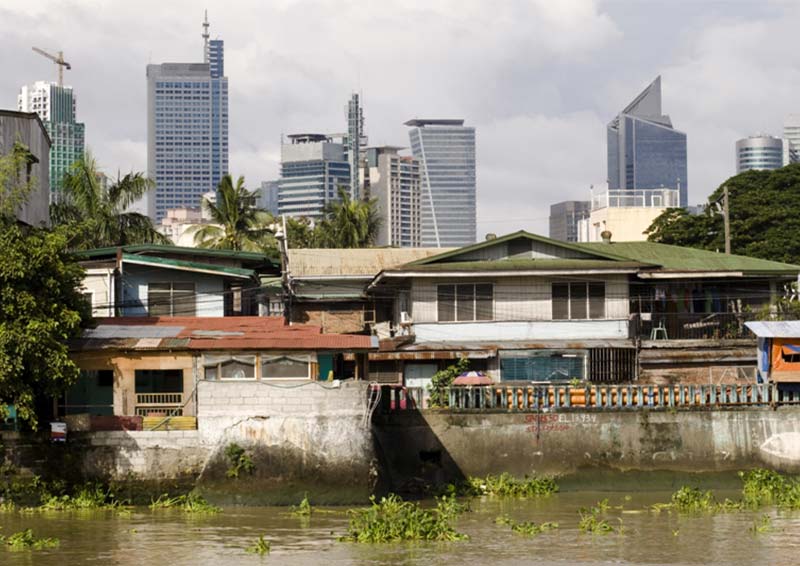 In relation to the built environment, the term ‘urban’ relates to cities and settlements of high population and infrastructure density. Urban areas are distinct from rural areas which are more sparsely spread, often surrounded by open countryside or agricultural land, and with lower population densities.

The Home Quality Mark suggests that an urban area is one with a population of 10,000 people or more, located within a tract of predominantly built-up land. A rural location is any settlement or land that does not meet the definition of urban.

The word 'urban' is often be used in the context of ‘urbanism’ which relates to the theories and design behind city development. This relates, not only to buildings, but also to the human-made spaces between buildings, such as parks, and the infrastructure that supports human activity, such as transport networks, utilities, flood defences, telecommunications, and so on.

A city is a human settlement with a large population. While cities have been a feature of human civilisations for many centuries, they have only become the predominant way of life as a result of industrialisation, with rapid urbanisation meaning that more than half the world’s population now living in cities. This figure is predicted to rise to more than 70% by the second half of the 21st century.

Urban design is the process of shaping the physical setting for life in cities, towns and villages. It is the art of making places in an urban context. It involves the design of buildings, groups of buildings, spaces and landscapes, and the establishment of frameworks and processes that facilitate successful development.

The term 'urban sprawl' refers to the spreading of a town or city and its suburbs over previously undeveloped land. It is sometimes used interchangeably with the word 'urbanisation', but urban sprawl more precisely implies an uncontrolled, unplanned or unrestricted spreading, typically driven by migration from high-density urban areas to low-density suburban areas.

The Town and Country Planning Act 1947 introduced green belt policies, intended in part, to curtail the spread of ribbon developments. Green belts establish a buffer zone between urban and rural land, separating town and country and preserving land for forestry, agriculture and wildlife where environmental conditions can be improved and conservation encouraged.

Urban decay is a process in which a previously functioning urban area, falls into disrepair and disuse. Common indications of urban decay are abandoned buildings and empty plots, high unemployment levels, high crime rates, and a landscape that is generally decrepit and desolate.

NB Spatial development glossary, European Conference of Ministers responsible for Spatial/Regional Planning (CEMAT), Territory and landscape, No 2, published by Council of Europe Publishing in 2007, states: ‘An urban area is an area which physically forms part of a town or city and is characterised by an important share of built-up surfaces, high density of population and employment and significant amounts of transport and other infrastructure (as opposed to rural areas). Urban areas may also comprise non built-up, green areas generally used for recreational purposes by urban dwellers.’

It states: ‘As in the case of spatial development, urban development can be understood as the evolution of a specific (urban) area or as the various activities contributing to develop this area. Promoting urban development means acting towards the enhancement of the various economic, social, environmental and cultural potentials of cities and urban areas.’

Retrieved from "https://www.designingbuildings.co.uk/wiki/Urban"
Create an article