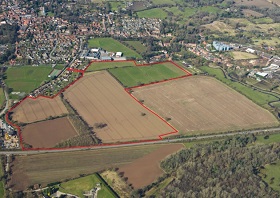 The term ‘rural’ refers to a geographic area that is not urban, i.e. it is located outside of large human settlements such as towns and cities. Rural areas are typically characterised by their low population density and smaller, sparser settlements such as villages and hamlets, often with only limited infrastructure. In the UK, rural areas tend to be characterised by open countryside, forest, and agricultural land.

The Department for Environment, Food and Rural Affairs (DEFRA), defines ‘rural’ using population data from the latest census, and is responsible for managing and enforcing protection measures, such as green belts.

The Home Quality Mark suggests that an urban area is one with a population of 10,000 people or more, located within a tract of predominantly built-up land. A rural location is any settlement or land that does not meet the definition of urban.

The Town and Country Planning Act 1947 introduced green belt policies to establish a buffer zone between urban and rural land, separating town and country and preserving land for forestry, agriculture and wildlife where environmental conditions can be improved and conservation encouraged.

In 2015, the government published its first Rural Productivity Plan, which was intended to boost the rural economy by investing in education and skills, increasing wages, improving infrastructure and connectivity, and simplifying planning laws. This included a measure to allow starter homes to be built on rural exception sites.

In July 2018, the government announced new funding to give rural businesses and communities improved broadband access. The Future Telecoms Infrastructure Review, which prioritised hard-to-reach rural areas for a roll-out of full-fibre connectivity, is part of a £3.5 billion planned investment into rural economies by 2020.

Retrieved from "https://www.designingbuildings.co.uk/wiki/Rural"
Create an article