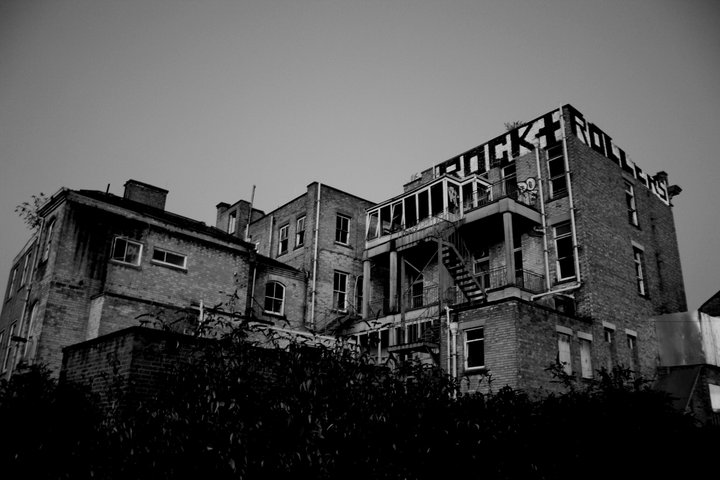 Urban decay is a process in which a previously functioning city, or city area, falls into disrepair and disuse. Common indications of urban decay are abandoned buildings and empty plots, high unemployment levels, high crime rates, and an urban landscape that is generally decrepit and desolate.

Urban decay has become associated with western cities, particularly in North America and Europe, as well as certain areas associated with the former Soviet Russia. It tends to be a feature of major cities which despite maintaining high property values in the inner city and central business district (CBD), and a thriving suburban area, have peripheral slums on the outskirts.

In the UK, the phrase ‘urban decay’ is often associated with ‘sink estates’ in cities, but can also be applied to seaside resort towns such as Morecambe and Skegness which have experienced falling tourist rates with the rise of low-cost air travel. In France, it is often associated with the banlieues of Paris, Marseille and Lyon. In the US, the most famous example of urban decay is in Detroit, which was hit particularly hard by the collapse of the motor industry.

There are many socio-economic factors that may lead to urban decay, including:

‘Redlining’ is the practice of directly or indirectly denying services such as banking, transport, health care or adequate shopping facilities, to the residents of certain areas. This became a particular problem in the United States during the 1970/80s, where black inner city neighbourhoods were often discriminated against by banks and other businesses who refused aid and did not invest in the area.

‘Urban blight’ refers to property that is in a state of decay and disrepair. A property can be said to be ‘blighted’ if:

NB: Property blight (sometimes referred to as 'planning blight' or 'blighted land') refers to the reduction in marketability and value of land as a result of a public sector decision, such as approval of a development that might result in the compulsory purchase of the land.

There are several steps that can be taken to tackle blight removal:

In September 2013, President Obama established the Detroit Blight Task Force to remove every blighted structure and clear every vacant lot in Detroit, Michigan, as quickly as possible using an environmentally-conscious approach.

The Blight Task Force defines neighbourhood blight as ‘all blighted residential structures, small commercial structures (less than 25,000 sq. ft lot size) and vacant lots’. There are 84,641 properties and lots in Detroit that meet this description, which includes around 40,000 unsalvageable buildings which will require demolition.

As of July 2016, an average of 75 vacant buildings had been demolished every week since 2014. The Task Force claim that they can remove all blight in five years or less, and estimate the total cost could approach $2 billion.

Retrieved from "https://www.designingbuildings.co.uk/wiki/Urban_decay"
Create an article