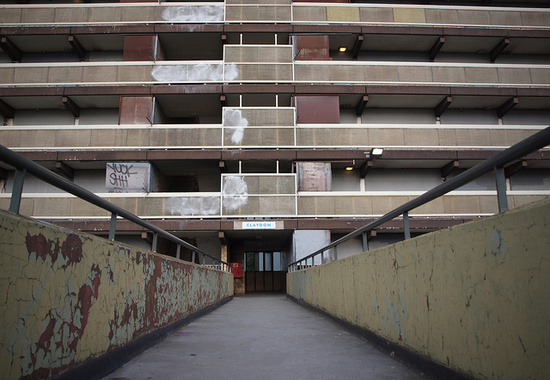 This 1984 'Inquiry' film was one of the first to be produced by the lauded BBC documentary film-maker Adam Curtis, popular for award-winning films such as 'The Century of the Self', 'The Power of Nightmares' and 'Bitter Lake'.

The documentary set out to investigate, not the well-chronicled social problems of 1960s council housing, but the origins of how they came to be built so poorly that thousands later needed to be demolished.

The film begins in 1963, with the Conservative Minster for Housing Keith Joseph setting an annual target of 400,000 new homes. It was this that kickstarted the 'numbers game', which prompted Labour to pledge, in their 1964 election-winning manifesto, that they would build 500,000 homes, and which continues to dominate political discourse about housebuilding today.

Contractors such as Wimpey, Laing's, McAlpine's, and Costain, began to court council leaders like T. Dan Smith for public contracts, offering 'package deals' that would encompass all aspects of the project, taking advantage of the perceived complexity of the new building systems. The new approach was summed up by one council leader as, "build it quickly, think later."

The contractors began to build across the country with the mindset of building as cheaply and quickly as possible. The contractors' workforce was often unskilled labour on wages that were determined by how quickly work was completed, thereby tacitly encouraging the corner-cutting and time-saving that became endemic.

As this bad working practice began to lead to tenants' complaining about water penetration and poor insulation, the government set up a 'watchdog', the National Building Agency. This was tasked with inspecting building works, however, in reality its function was "hollow" according to the managing director Cleeve Barr who is interviewed in the film.

When structural engineers began investigating the problems, a picture emerged of wide-spread malpractice, inadequate 'knitting' of reinforcement, a high percentage of bolts and fixings missing, and so on. Often, block panels would arrive on site having been poorly manufactured in factories. The tower blocks were built like a house of cards, with no central frame which meant the whole strength rested on the bolts and fixings between individual blocks. In many cases, the buildings were on the verge of collapse.

Over the 10-year boom, a quarter-of-a-million flats were erected, housing up to 6 million council tenants who, in effect, were used as guinea pigs for testing new building systems that resulted in flats that were unfit for habitation.

Councils were faced with the dilemma of privately acknowledging many flats were unsafe, but, in the face of inadequate central government funding, having to justify in public their decision to keep council tenants in the buildings.

The documentary is a pointed and hard-hitting examination of a period in British construction that should serve as a stark warning when considering the contemporary issues of chronic housing and skills shortages.

Having something of a cult following, aficionados of Adam Curtis will enjoy this early glimpse of the trademark style seen in his later films, minus soundtrack collages and, most notably, his authoritative narration, which in this film is provided by David Jones. 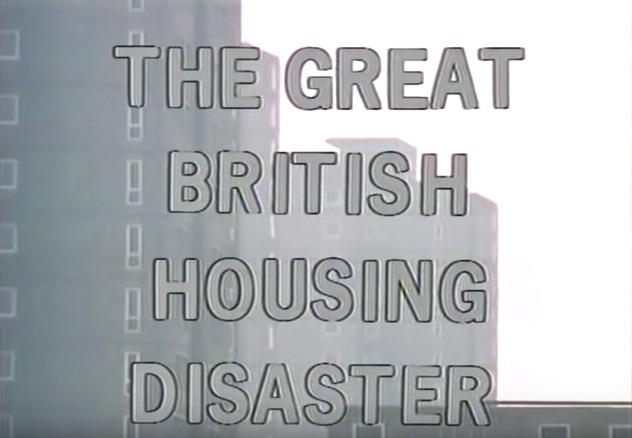 Retrieved from "https://www.designingbuildings.co.uk/wiki/Adam_Curtis_-_The_Great_British_Housing_Disaster"
Create an article