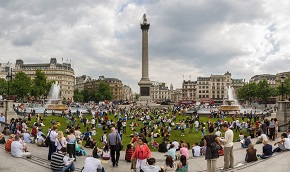 The public sector, in addition to including government ownership and/or control, also includes the exercise of public authority or the implementation of public policy.

In the UK, approximately a quarter of construction output is public sector and three-quarters is private sector.

The term 'public project' is an ambiguous one, but in very broad terms, it refers to a project that is financed (or part-financed) by the public sector, and is typically owned and may be operated by the government. This can include major infrastructure works such as roads, bridges, dams, railways, tunnels, and so on, or public facilities such as hospitals, schools, prisons, libraries, leisure centres, and so on.

Public Private Partnerships (PPPs) are a very broad range of partnership where the public and private sectors collaborate for some mutual benefit. PPPs were first developed in the UK in the 1990s in the belief that private sector companies might be more efficient at providing certain services than public authorities and so could deliver better value for money for taxpayers. However, in the 2018 Autumn Budget, Chancellor Philip Hammond confirmed that the government would be scrapping both PFI and PF2 contracts, with no more being signed. Addressing the House of Commons, Hammond said: "I'm committed to PPP where it delivers value to the taxpayer and shifts risk to the private sector. There is compelling evidence that PFI does neither." For more information see: Public Private Partnerships.

In the UK, a public building is narrowly-defined as a building that is 'occupied by a public authority and frequently visited by the public”. For more information see: Public building.

Designing Buildings Wiki has an outline work plan setting out the tasks necessary to complete a public project, which you can find here.

Retrieved from "https://www.designingbuildings.co.uk/wiki/Public_sector"
Create an article