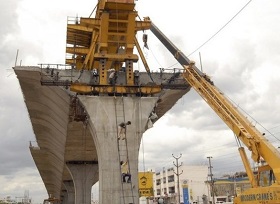 Although states do not control the private sector, they do produce legislation that regulates their practices and operation, set standards they are expected meet and develop policies that affect the business environment.

In the UK, approximately three-quarters of construction output is private sector and a quarter is public sector.

There have been several policy initiatives designed to encourage private sector involvement in large-scale public projects, such as the now-abandoned Private finance initiative (PFI), and Public Private Partnerships (PPPs). PPPs were first developed in the 1990s in the belief that private sector companies might be more efficient at providing certain services than public authorities and so could deliver better value for money for taxpayers.

Retrieved from "https://www.designingbuildings.co.uk/wiki/Private_sector"
Create an article