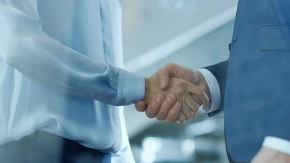 In very general terms, an agreement is an understanding and statement of intent between two or more parties, which has often been negotiated and sets out their respective rights and responsibilities.

Whether an agreement is legally enforceable will depend on its type and form. A non-binding agreement, also known as a ‘gentleman’s agreement’ is typically oral (but can be written), or may be part of an unspoken agreement, and relies on an understanding between the parties that they will honour the agreement as opposed to it being enforceable. A binding agreement is also known as a contract and creates rights and obligations between the parties.

There are four essentials in forming a contract:

For more information see: Essentials of a contract.

Contract documents for a construction contract will often include ‘articles of agreement’. These set out the core obligations of the parties involved. Typically, they consist of four sections:

When an agreement is made to appoint consultants, this generally referred to as an appointment rather than a contract. For more information see: Appointing consultants.

Other types of contractual agreement include:

There are many other types of agreements used in the construction industry, including:

Retrieved from "https://www.designingbuildings.co.uk/wiki/Agreement"
Create an article