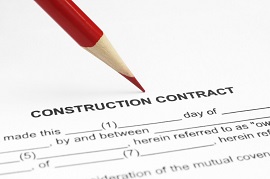 A clause is a specific provision included in a formal document such as a contract, policy, regulation and so on. It is usually in the form of a section, phrase, segment or paragraph that deals with a specific issue. Clauses may be numbered for easy reference.

A clause in a contract typically addresses a particular aspect of the agreement between the parties to the contract. Standard contractual clauses are available that have been prepared to ensure consistency of meaning and interpretation, to reduce the amount of time required to draft a contract, and to build on prior experience such as case law.

Standard Form Contracts (SFC) are also available in which the complex interaction between clauses has been broadly resolved and the meaning and allocation of risk is widely accepted across the industry. For more information see: Standard form of contract.

Modifying clauses in Standard Form Contracts is generally not recommended. Lloyd QC in Royal Brompton Hospital National Health Trust v Hammond and Others said'; “A standard form is supposed to be just that. It loses its value if those using it or, at tender stage those intending to use it, have to look outside it for deviations from the standard.” For more information see: Modifying clauses in standard forms of construction contracts.

Retrieved from "https://www.designingbuildings.co.uk/wiki/Clause"
Create an article