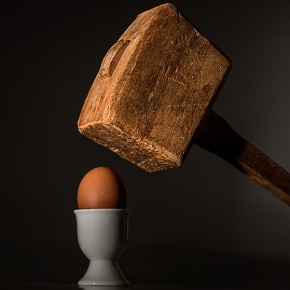 In terms of physics, a force is an interaction that changes the motion of an object when it is unopposed. This takes the form of a push or a pull on an object. Forces only exist as a result of an interaction which causes an object with mass to change its velocity; when the interaction stops then the object no longer experiences the force. Since a force has both magnitude and direction, it is considered a vector quantity. Force is measured in the SI unit of Newtons, and represented by the symbol ‘F’.

The two broad categories of forces between objects are contact forces and forces that result from action-at-a-distance.

Contact forces are types of force that occur when the two interacting objects physically connect with one another. These include:

Action-at-a-distance forces occur when two interacting objects are not in physical contact with one another but still exert a push or pull. These include:

Structural analysis can be used to calculate the effects of forces acting on any component and on a structure overall.

Three properties of forces that should be considered are:

A shear force is a force applied perpendicular to a surface, in opposition to an offset force acting in the opposite direction. This results in a shear strain. For more information, see Shear force.

An uplift force is any upward pressure applied to a structure that has the potential to raise it relative to its surroundings. Uplift forces can be a consequence of pressure from the ground below, wind, surface water, and so on. For more information, see Uplift force.

Stiffness is the extent to which an element is able to resist deformation or deflection under the action of an applied force. In contrast, flexibility or pliability is a measure of how flexible a component is, i.e. the less stiff it is, the more flexible it is.

Retrieved from "https://www.designingbuildings.co.uk/wiki/Force"
Create an article