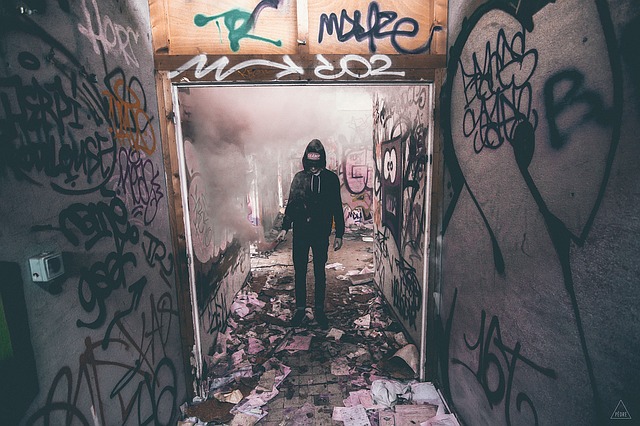 The term 'eyesore' is commonly used to describe a building, structure or other feature of the environment that is ugly or unsightly. This is largely a subjective assessment, but common characteristics that can contribute to being labelled an eyesore include:

Eyesores can blight local areas, affecting moral, inward investment and property prices, and encouraging anti-social behaviour such as fly tipping and graffiti that make the problem worse. Local authorities and national governments sometimes seek to improve or remove eyesores, sometimes as part of a wider gentrification strategy. This may take place for example if there is a high-profile project requiring a large amount of investment in an area, such as the Olympic Games.

The Carbuncle Cup is an annual architectural prize awarded by the magazine Building Design. The 'winner' is 'the ugliest building in the United Kingdom completed in the last 12 months.' The award is usually timed to coincide with the prestigious Sterling Prize, as a light-hearted way of identifying 'crimes against architecture'. The name is derived from Prince Charles' oft-quoted criticism of the proposed extension to the National Gallery in 1984 which he described as “a monstrous carbuncle on the face of a much-loved and elegant friend”.

Some of the 'winners' of the cup are shown below.

However, some projects can be initially regarded as eyesores before being reappraised, such as; the Eiffel Tower, the Golden Gate Bridge, the Pompidou Centre and Lloyd’s of London.

Gentrification is sometimes considered to have negative consequences as well as positive, destroying the unique character of a place, and driving up prices so that 'locals' have to move out.

Retrieved from "https://www.designingbuildings.co.uk/wiki/Eyesore"
Create an article