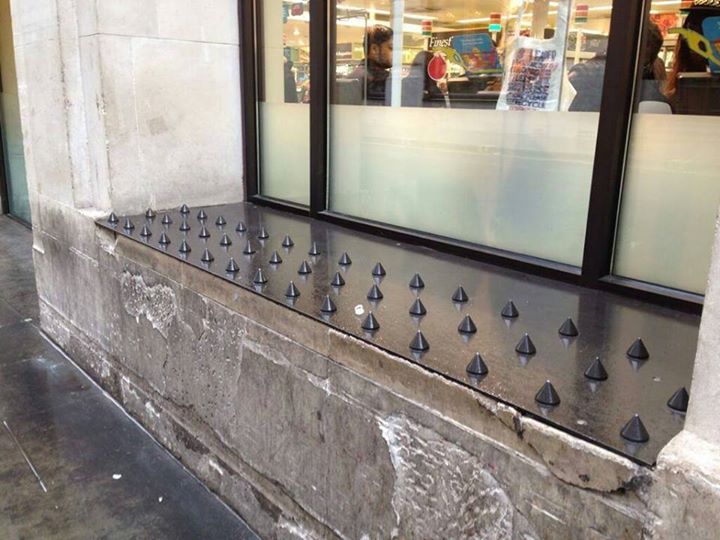 Hostile architecture, also known as defensive architecture, is an area of urban design that involves the modification of buildings and public spaces to deter certain activities.

A common application of hostile architecture is in relation to rough sleeping. Techniques used to discourage this include the use of ‘anti-homeless spikes’ - steel or concrete studs embedded in flat surfaces.

Other features that can be used include: 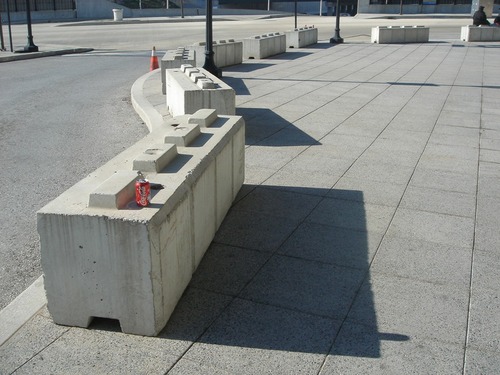 Another activity that is often the target of hostile architecture is skateboarding. San Francisco, the city which gave rise to street skateboarding, was the first to introduce ‘pig’s ears’ – metal flanges bolted onto the corner edges of pavements and low walls to act as a deterrence.

Loitering can also be deterred, with a variety of techniques trialled around the world. In Shandong, China, a pay-per-minute system was introduced for use of its park benches. A series of studs would emerge suddenly from the seat when the occupant’s ‘paid-for’ time had elapsed. In Japan, sloped benches prevent people from leaning back, as well as tubular benches that are either too hot in summer or too cold in winter. New York has adopted a range of spiky anti-sit devices which are found on all manner of surfaces, from air-conditioning units, to fire hydrants and standpipes.

A technique that has been used by some local authorities and businesses to deter teenagers loitering is the Mosquito Alarm which emits a high-pitched sound that is inaudible to older people. A similar use of annoying local sounds can be used to prevent people standing in doorways or near the entrances to buildings. 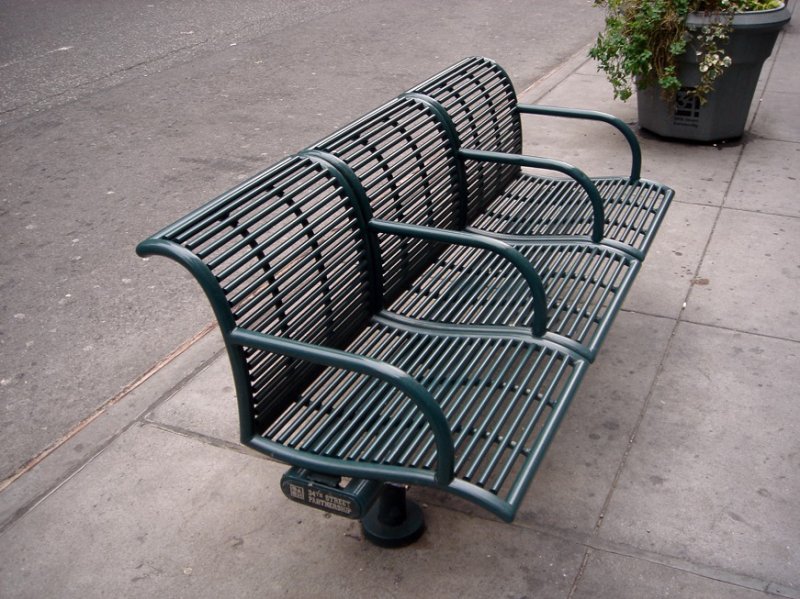 Lighting can also be used to deter teenage loitering. Mansfield, Nottingham, installed neon pink lights in underpasses because of the way in which they highlight acne. Similarly, Tokyo has used blue lighting in some railway stations to try and alleviate the high suicide rate, blue being used for its soothing qualities.

Unsurprisingly, hostile architecture is controversial. Critics argue that it replaces public spaces with commercial or ‘pseudo-public’ spaces where contrarianism, or deviation from social conventions, is not allowed. Others argue that its use enforces and exacerbates already present social divisions.

According to the journalist Alex Andreou; ‘These measures do not and cannot distinguish the "vagrant" posterior from others considered more deserving. By making the city less accepting of the human frame, we make it less welcoming to all humans. By making our environment more hostile, we become more hostile within it.’

Retrieved from "https://www.designingbuildings.co.uk/wiki/Hostile_architecture"
Create an article