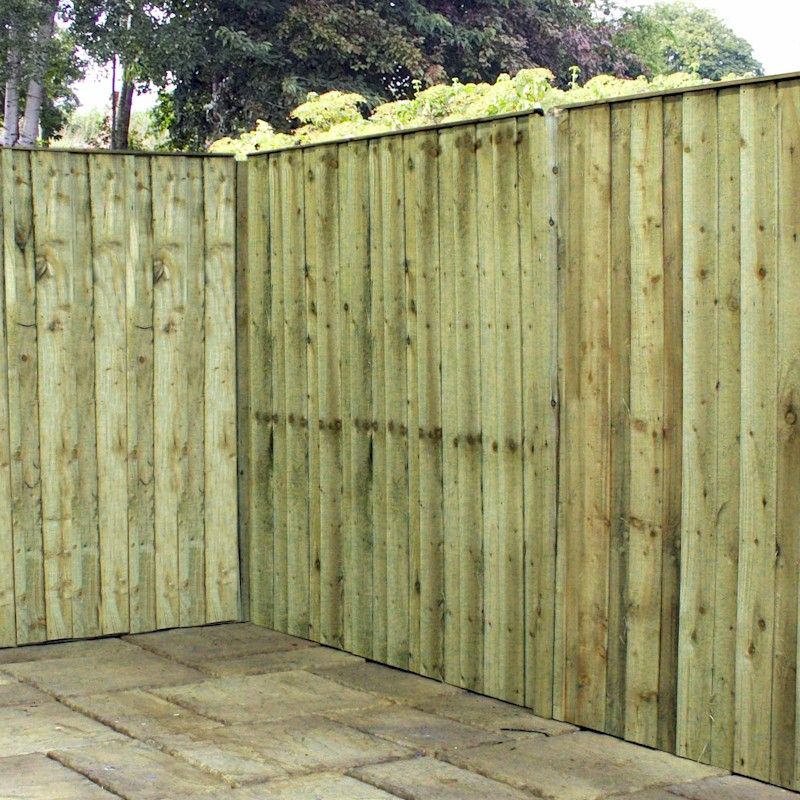 A fence, also referred to as fencing, is a structure used to enclose an outdoor space.

The difference between a wall and a fence is that a fence is not constructed with a solid foundation along the full length. Instead, it is typically constructed from posts connected by a variety of different components, such as boards, wire, rails, netting, and so on.

A concrete fence, typically comprising concrete planks inserted between vertical posts, is easy to install and highly durable. It can often be constructed with an ashlar texture.

A ha-ha is a sunken fence creating a vertical barrier while not interrupting the views across a landscape. It creates a sloping incline to a sharply vertical face and is often found included in the landscape design of stately homes.

This is fencing that is made of wires that are woven together. It is less expensive than other metal fencing options, but is still strong and durable.

Synonymous with American suburbia, picket fences are generally just under 1 m in height and are often painted white. They comprise evenly-spaced vertical boards and tend to be used, less for privacy as for a decorative boundary, often on front gardens. They are commonly constructed from timber but can also be made from PVC.

There are several different types of electric fence using hot wire that are typically used by farmers to keep livestock on their land. For similar purposes, as well as for security reasons, barbed wire is often strung between posts.

Heavy duty mesh fence, or 'site fencing', sometimes known by the Dutch brand name 'Heras' fencing, is a form of temporary fencing formed by round-top or square-top metal frames enclosing a heavy duty metal mesh. The frame bases are inserted into concrete feet that together with the interconnection of adjacent frames prevent the fence from toppling over. Long lengths of fence can be erected quickly and flexibly, making them particularly suitable for temporary uses such as crowd control or construction site boundaries.

Metal fences are strong, durable, secure and relatively maintenance free. The commonly used types of metal for fencing are aluminium and wrought iron.

Timber fencing is the most common type of fence, used particularly for domestic applications. There are several different types:

Also known as featherboard, this is a robust solid fence panel that provides a protective barrier, usually installed to a height of 1.8 m (6 ft). It is constructed from long pieces of timber (known as pales) that run from the top to the bottom of the fence, secured to horizontal timber rails. These in turn are fixed to a notched fence post which is dug into the ground.

Another technique is to fix the pales and rails together into a panel which is then fastened to the fence posts. There are no gaps between the pales as they are tapered to overlap each other.

Variations of closeboard panels are; level top, concave and convex according to the aesthetic required.

This type of timber fencing is equally suitable for providing privacy and a secure boundary but they lack the strength and durability of closeboard fencing. Lap panel fences need to be raised slightly from the ground or have concrete or treated timber gravel boards placed at the bottom to stop the panels from rotting.

This is a more decorative type of timber fence. One common type is the Venetian panel that comprises horizontal slats of timber with small gaps in between each slat. A strong frame holds the slats in position while one or two additional rails help provide strength. The slats allow light and air to pass through, and can be well suited within a garden to act as a form of partition, albeit with slightly reduced privacy.

Trellis fencing is another decorative option that can be used as:

It is important that the trellis battens are sufficiently thick (usually 12 mm x 25 mm) to withstand harsh weather conditions and enable plants to grow on them if required. The fixings that hold the battens together should also be made of good quality stainless steel or galvanised steel to prevent rusting.

Natural screen fences can be used for creating enclosed spaces within gardens, as they provide privacy but lack strength and security. Some common types include:

These may need to be secured to an existing fence or wall, or alternatively, supported with posts or rails.

Disputes between neighbours can often arise as a result of fences, particularly, who is responsible for it and how to share costs for its maintenance.

Title deeds tend to show which side of the boundary owns the fence, using a ‘T’ symbol. However, property deeds may include agreements about ownership of, or responsibility for, boundaries, although these do not generally give any great detail, and are not always clear or accurate.

NB Urban Design Guidelines for Victoria, published by the State of Victoria (Australia) in 2016, states: ‘Barriers such as bollards and fences can define boundaries and protect people from traffic hazards and level changes. They also protect trees and shrubs from people and vehicles. A barrier may be made as bollards, screens, rails, fences, kerbs and walls. Barriers and fences can provide an opportunity for public art or to communicate local stories. They may also provide opportunities for seating.’

Retrieved from "https://www.designingbuildings.co.uk/wiki/Fence"
Create an article