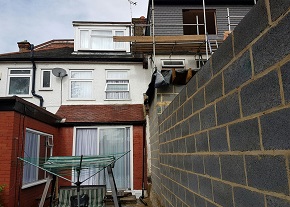 The Party Wall etc. Act 1996 is an enabling Act, insofar as it grants the owner of a property the legal right to undertake certain works that might otherwise constitute trespass or nuisance.

However, it also seeks to protect the interests of adjoining owners from any potentially adverse effects that such works might have by imposing a requirement that all adjoining owners be given prior notice of them.

In addition, the Act provides for a mandatory dispute resolution procedure mediated by a statutorily appointed surveyor or surveyors if neighbouring owners have concerns about the implementation of any proposal so notified.

Specifically, such notice must be served where the owner of a property (known as 'the building owner') intends to undertake any construction work described in Sections 1, 2 and 6 of the Act. Note that it is only those works that are covered by the Act and the scope is limited to the following:

The information that Notices must provide in respect of works covered the above sections is different in each case. The requirements of Section 1 and Section 6 Notices are set out in those sections but the requirements of a Notice relating to Section 2 works is set out in Section 3 of the Act. It is important to note that the validity of any notice not providing all the relevant information or served in the incorrect manner, could be open to challenge in Court.

There is no standard form of Notice although many people use those published by the RICS or versions appended to the explanatory booklet issued by the Department for Communities and Local Government. However, provided all the information required by the relevant section of the Act is present, a simple letter would be equally valid.

Depending on the circumstances of any given project there may be more than one adjoining owner on whom notice needs to be served in respect of the same work and, in the case of deep excavations, an Adjoining Owner may be other than an immediate neighbour. It is always preferable to discuss the intended works with adjoining owners before serving them with formal written notice - a proposal well explained may alleviate concerns sufficient to prevent a dispute arising and avoid the necessity to appoint surveyors.

There are two exceptions where the need to serve notice may be avoided:

The three types of Notice are known, respectively as:

The mandatory information which Notices must contain are as follows:

Most of the pro-forma notices in use include the following information as a matter of course regardless of the type of notice:

Section 10 of the Act stipulates that where an adjoining owner does not consent in writing to works notified by the building owner under Sections 3 and 6, both parties must either agree on the appointment of a single surveyor to act for both of them (known as the Agreed Surveyor), or each appoint their own surveyor, to determine by award matters in dispute between the parties.

Where a project is straightforward, this may only involve consideration of the time and manner in which those works are to be carried out. In more complex schemes, thought will have to be given to a commensurately greater number of factors and indeed appointed surveyors have the statutory jurisdiction to make an award in respect of any matter connected with any work to which the act relates.

The same procedure is used to resolve any subsequent disputes between neighbouring owners that might arise in relation to the notified works, including any loss or damage suffered by an adjoining owner as a result of their execution.

Inaction on the part of the adjoining owner does not halt the statutory process. A dispute can arise by an adjoining owner actively dissenting, that is, communicating to the building owner an objection in respect of some matter arising out of or incidental to the works - the means of making that objection are not important, but if he remains silent, neither consenting nor dissenting for a period of 14 days after having been served with a Notice under either Section 3 or Section 6, the Act deems a dissent to have arisen in any event.

There is no deemed dissent provision in Section 1 of the Act. A valid dispute can still arise, and surveyors be appointed in accordance with Section 10, in respect of works notified under that section but only as regards actual dissent on specific grounds. An adjoining owner's reasons for disputing Section 2 and Section 6 works are rarely specified prior to the appointment of surveyors and in many cases not even then.

Where dissent has arisen, whether actual or deemed, both owners are legally obliged to appoint an agreed surveyor or, if they cannot jointly agree on a single person, a surveyor each and if requested to make such an appointment by the other party, must do so within 10 days of the request being served. Failure to comply, automatically gives the owner making the request the statutory authority to appoint a surveyor on behalf of the recalcitrant party. This procedure is set out in section 10(4) of the Act.

Where two surveyors are appointed, they are obliged to agree upon the selection, in writing, of a third surveyor who may be called upon by either of the surveyors or either of the parties to determine the disputed matters and make the necessary award. The third surveyor is never appointed by anyone but the Act gives the person so selected the same statutory powers as the two surveyors.

Third surveyors are most commonly called upon where the two surveyors have reached an impasse in their deliberations over some particular point and often this can be in respect on the reasonableness of the fees of the surveyor appointed by the adjoining owner. Rarely will a third surveyor be asked to draw up an award in respect of the whole works but may join with one or other of the two surveyors to do so if the need arises.

There is no definition of who can be a surveyor, but it should not be the same person that will supervise the works.

Parties have 14 days to appeal to the county court if they disagree with the award.

The Act allows access to the adjoining property for the purposes of carrying out the works whether the adjoining owner gives permission or not, however they must be given 14 days notice.

NB: The introduction of The Party Wall etc. Act 1996 (Electronic Communications) Order 2016 means that from 6 April 2016, notices and other documents can be served by electronic communications.

Retrieved from "https://www.designingbuildings.co.uk/wiki/Party_Wall_Act"
Create an article