The kitchen is usually a room or designated area in a dwelling that is used for the storage and preparation of food and drinks. It will generally contain fixtures, fittings, equipment and implements for preparing, cooking and sometimes for eating snacks and meals, whether breakfast, lunch or dinner.

Historically, in the UK, the kitchen as a separate entity did not exist. This came about only when the pantry and buttery areas, usually found at the end of the Saxon hall house, were joined to become one area for preparing and cooking of food. This generally included a wide fireplace that allowed cooking on a spit.

The concept of a kitchen area used solely for the preparation of food continued through Elizabethan times into the Victorian era, during which it became a space that, in large houses, might be staffed by servants and hidden from public view. Many middle-class Victorian kitchens were situated below or partially below ground and were typically poorly lit and ventilated - but this meant that the associated storerooms and pantries were cool, if sometimes damp. In lower-class families, the kitchen was frequently the hub of family life, while for very poor households the idea of a separate kitchen was unknown – most of the cooking would have been done in the living room – the only room to have a fire.

The middle-class Victorian kitchen was generally simple and functional, with utensils, grill racks and pans hung in convenient places. The most important fitting however would have been the coal range used for cooking. Invented in the 1770s, it reigned supreme until it was superseded by gas and electricity in the early 20th century. 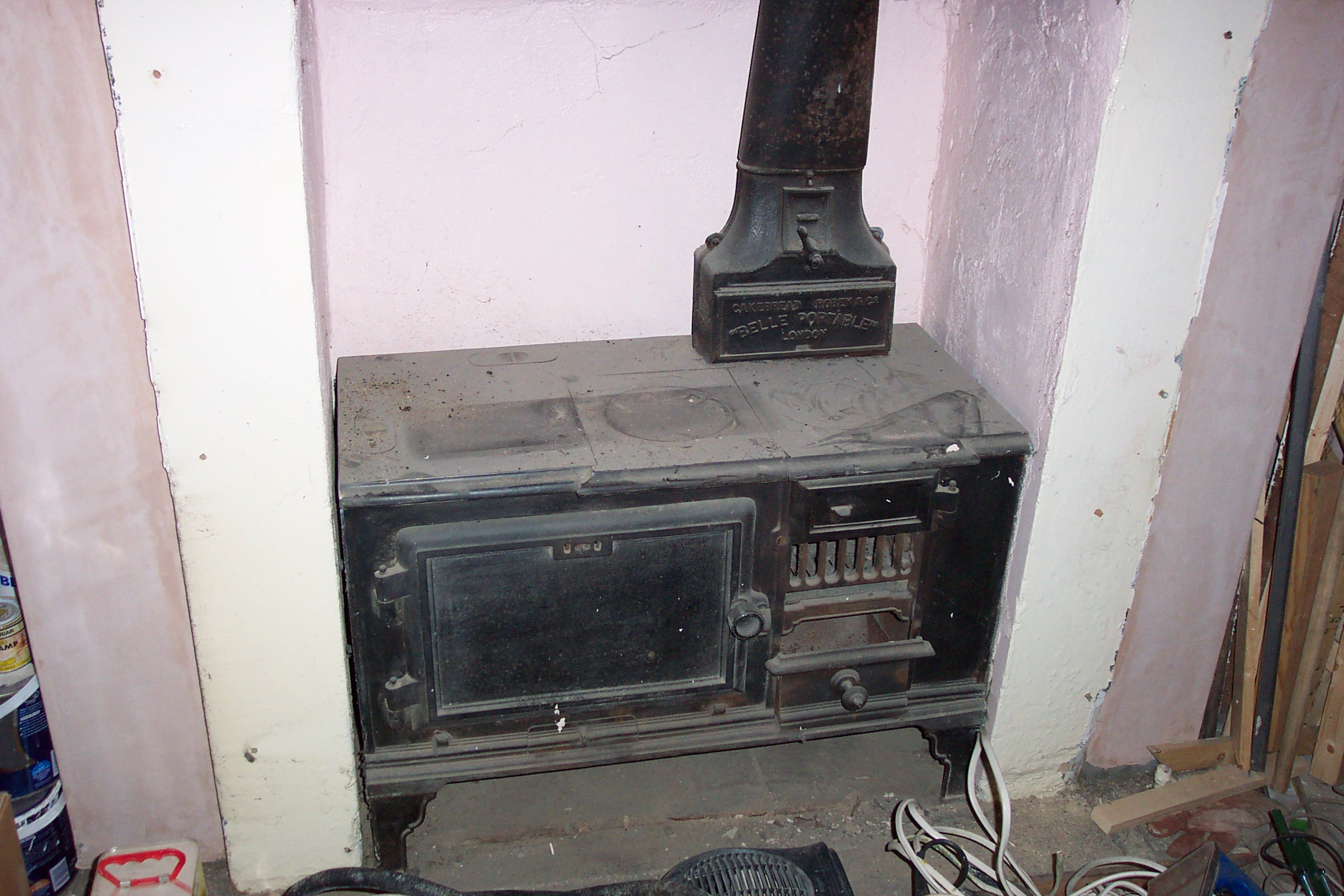 Typically, the range would consist of a coal fire within horizontal bars and a grate. Temperature control was provided crudely by opening various dampers and bypass flues. On one side of the range there might be a tank where water could be heated and stored.

The only other ‘fitted’ item in the Victorian kitchen would usually be the dresser with shelves for storing china, bread bin, utensils, table linen and other items. The white- or brown-glazed stoneware sink with its single cold tap would typically be located in the scullery. The only other item in the kitchen would be the table, usually in the centre, used for preparing food. Servant’s dining may have taken place in the kitchen, although the master and their family would have had a dining room on the upper floors.

A major shift in kitchen design occurred in the 1920s, when the kitchen became the domain not of servants but the housewife. Gas and electric cookers had become popular around the time of the First World War although they may have been awkwardly housed in small recesses. Further advances took place at the start of the 1930s when fitted cupboards began to appear. The sink would usually be the Belfast type and was one of the ‘centres of activity’ – the other two being the table and the stove.

The table top might have been covered either with an enamel sheet – to obviate the scrubbing that was needed with wooden Victorian tables – or with linoleum, both of which could be easily wiped clean. The Complete Home Book stressed that the table top should be positioned nine inches (225mm) below the elbow. At this point, the American concept of a continuous worktop had not reached the UK.

By the mid-1950s, the fashionable kitchen/diner came into being. This comprised a separate area for dining that was only sectioned off from the kitchen area by a screen comprising vertical timber panels and shelving. Larders were still common at this time (as were ice-boxes and meat safes) although they did not include a gas- or electric-powered refrigerator.

With the advent of larger, better-equipped kitchens in later 20th century houses, pantries, butteries, larders and sculleries became virtually obsolete. Today however, the pantry is enjoying a comeback in British and American homes. This is thought to be due to its practicality, homely charm and a nostalgia associated with bygone ages.

The 21st century kitchen – depending on size – is a flexible space which, apart from kitchen and dining functions, may also feature a wall-mounted TV, sofa and other items that allow it to function as a family and play room.

NB The Scottish Building Standards, Part I. Technical Handbook – Domestic, Appendix A Defined Terms, defines kitchen as: ‘…any room or part of a room used primarily for the preparation or cooking of food.’

Retrieved from "https://www.designingbuildings.co.uk/wiki/Kitchen"
Create an article