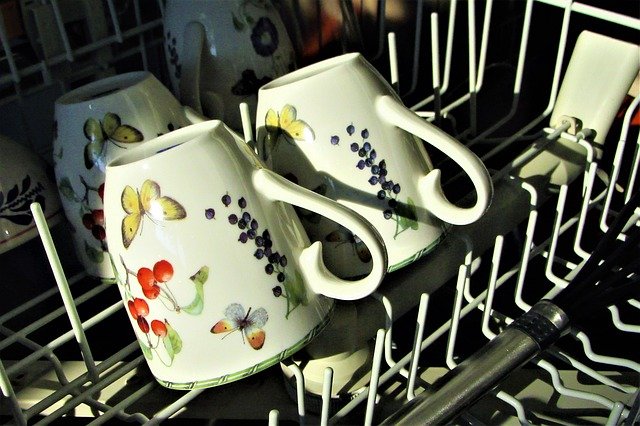 A dishwasher is an appliance that uses very hot water and specialist detergent to clean dishes, glassware, cutlery and other kitchen items. There are consumer and commercial machines available, which perform the same function, but with differences in capacity and temperature.

The earliest version of a mechanical dishwasher was patented in the United States in 1850. The inventor, Joel Houghton, referred to the device as a machine for cleaning crockery or other types of table furniture. This device included a cylinder with a rack to hold the items being washed. A hand crank made the rack move while water splashed onto the items as they rotated in the machine.

The next iteration was introduced in 1886 by Josephine Cochran (a wealthy socialite) and George Butters (a mechanic). The rack and water jet system they devised was also hand powered and was displayed to the public at the 1893 Chicago World’s Fair. The invention from the Garis-Cochran Company (later to become part of KitchenAid) garnered much attention, particularly from commercial organisations, and it was awarded the highest prize at the fair for "best mechanical construction, durability and adaptation to its line of work". 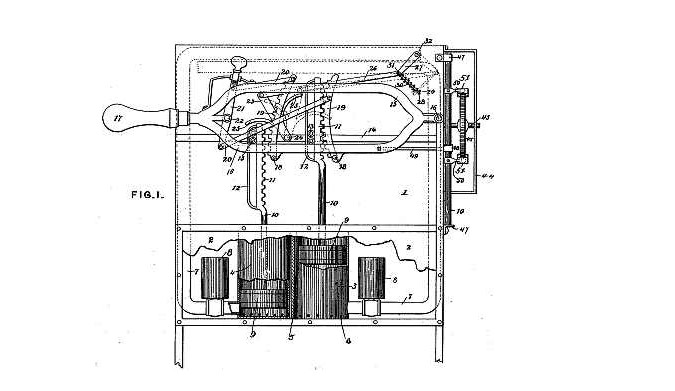 In 1924, William Howard Livens from the UK invented a non-electric dishwasher for consumer use. This machine incorporated many of the features found in modern machines, but was not widely adopted.

In 1929, Miele invented the first consumer dishwasher operated by an electric motor. However, it wasn’t until the 1950s that consumers began to see the benefits of this device, which had been thought of as a luxury up until that point. These devices were portable and independent, and some had to be manually hooked up to a sink when in use. Eventually, consumer kitchens adopted continuous countertops and uniform cabinets, so dishwashers could be integrated into the layout.

Most dishwashers operate by following the same basic steps:

Retrieved from "https://www.designingbuildings.co.uk/wiki/Dishwasher"
Create an article