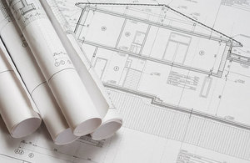 A proposal is a plan, idea, suggestion or offer that is put forward by one party to another for consideration. It may form the basis of negotiations, and may be accepted or rejected.

In terms of construction, a proposal typically takes the form of a competitive bid that is put forward with the intention of winning business, for example, quotes from suppliers or subcontractors, concept designs from architects, tenders from contractors, detailed designs from specialist contractors, and so on.

Consultants proposals may also be referred to as 'fee proposals'.

Seeking proposals from a contractor or other supplier (rather than a consultant) is generally referred to as a tender process. Typically this involves an invitation to tender issued by the client, and then bids submitted by contractors or other suppliers.

The exact phrase 'contractor's proposals' may be used specifically to refer to documentation prepared by prospective contractors for design and build projects or on a traditional contract where the contractor is to design discrete parts of the works. They are prepared in response to employer's requirements which provide a description of the client's requirements, including the specification for the building, the scope of services required and an allocation of risk for unknown items.

The contractor's proposals set out their proposals for designing and constructing the project, along with their price.

The term proposals may also be used in relation to documentation submitted to obtain planning permission or building regulations approval, or any other form of design submission. Here the term 'proposal' is typically used to distinguish between existing and proposed designs.

Retrieved from "https://www.designingbuildings.co.uk/wiki/Proposals"
Create an article