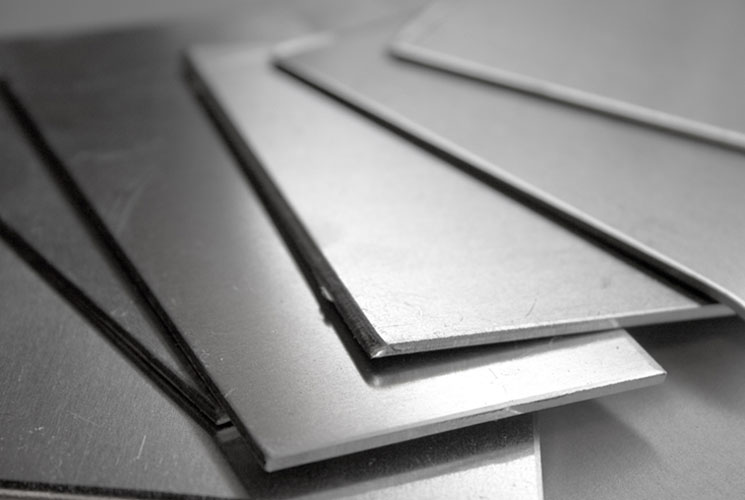 Aluminium makes up more than 8% of the Earth’s core mass and is the most widespread metal. It is also the third most common chemical element after oxygen and silicon. It is the 13 element on the Periodic Table and has a silvery-white appearance.

Pure aluminium does not occur in nature because it binds very easily with other elements. It is because of this that aluminium was only discovered in the 19th century when scientists were able to break down chemical compounds into their elements.

Because of the high costs of the extraction process, it wasn't until the late 19th century that it was possible to produce aluminium on an industrial scale for use in construction and other industries.

The aluminium oxide is dissolved in molten cryolite (an aluminium compound that has a lower melting point than aluminium itself). Aluminium is then extracted by a process of electrolysis or electrolytic reduction. Electricity is passed through the liquid, and aluminium forms at the negative electrode. It then sinks to the bottom of the tank, where it can be tapped off.

One of the main reasons for aluminium’s widespread application is its combination of properties:

As the extraction process is relatively expensive, aluminium was generally not used in construction until the early-20th century. In the 1920s, it began to be used primarily for decorative detailing and Art Deco structures. In the 1930s, a breakthrough was achieved when the Empire State Building used aluminium for much of its interior structures and its famous spire. Subsequently, it began to be used for roofing, flashing, wall panels, spandrels, and so on.

Today, aluminium is the second most used metal in buildings after steel.

Because of its ductility, aluminium can be formed into many shapes and profiles. Aluminium wall cladding systems are commonly used for building exteriors, with large wall panels requiring fewer joints, resulting in time-efficient installation.

Some of the most common applications for aluminium are: