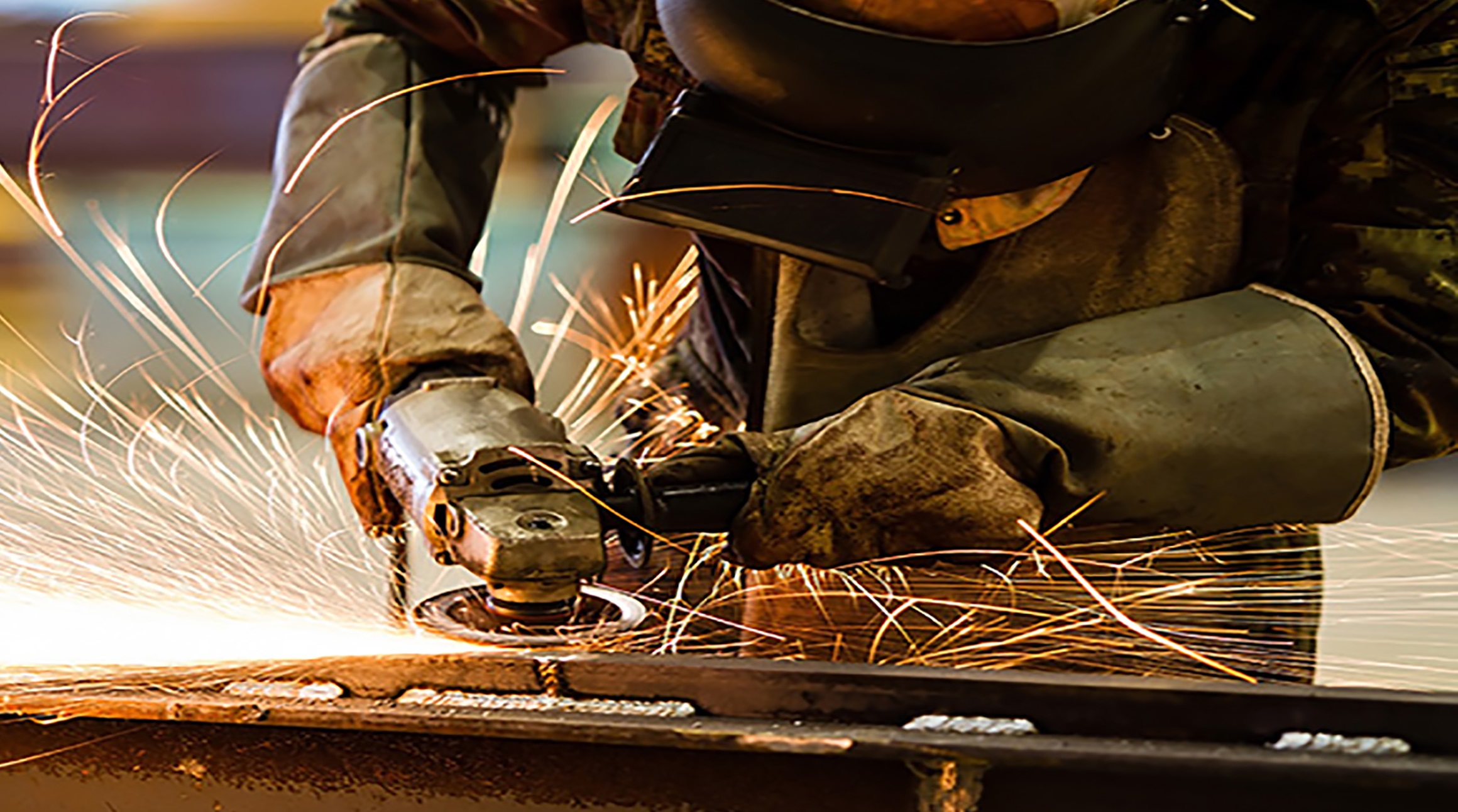 Metal fabrication involves the making of metal structures and components by manipulating the raw material – usually structural steel and sheet metal – through a range of processes. The term covers a broad range of activities, from sheet metal fabrication for construction projects, to machined parts and bespoke products for manufacturers. Workshops that specialise in metal fabrication are known as ‘fab shops’.

Once the parts have been made, they may need to be assembled. Assembly may involve welding, binding with adhesives, riveting, threaded fasteners or crimped seams.

The parts or assemblies may then be treated by a process of sandblasting, priming, painting or powder coating, if required.

The finished product should subject to careful inspection to ensure it complies with the specification before leaving the fab shop.

The desired shape can be formed by removing unwanted material from a block of metal, in a process known as machining. Metal is cut as required using different tools, including:

Industrial saws such as band saws and large circular saws can cut metal in straight-lines. Angle grinders are handheld power tools fitted with an abrasive disc used for cutting, grinding and polishing.

Shears are industrial machines, that come in a wide range of configurations and sizes, capable of cutting sheet metal of different thicknesses. They work in the same way as a pair of scissors, with opposing blades, one being fixed and the other moving in an angled levering motion. Different types of shears include:

High definition plasma cutting techniques are used to achieve intricate shapes. With the integration of computer aided design and computer aided manufacturing, the cutting process can be achieved flawlessly, with minimal waste.

The bending metal can be achieved by one of two techniques:

The most common methods of shrinking metal include:

The most common methods of stretching metal include:

The most common methods of welding metal to produce larger and more complex parts include:

This is the oldest form of welding but is still widely used. Tanks of oxygen and acetylene are mixed with an adjustable torch to create a controlled flame to heat the metal. During heating, a filler rod is added that joins the metal together. These welds are the easiest to planish (smooth out) with a hammer and dolly, enabling the weld joint to be as flat as possible.

This involves a torch that has a non-consumable electrode that creates a small, precise electric arc that melts the base metal. Filler rods are added to the puddle of molten metal to join the parts together. This is a more precise method than oxy-acetylene.

This is the most common method and involves a motor that is used to feed the filler wire through the tip of a MIG gun. The wire is melted into the weld joint, fusing the metal together.