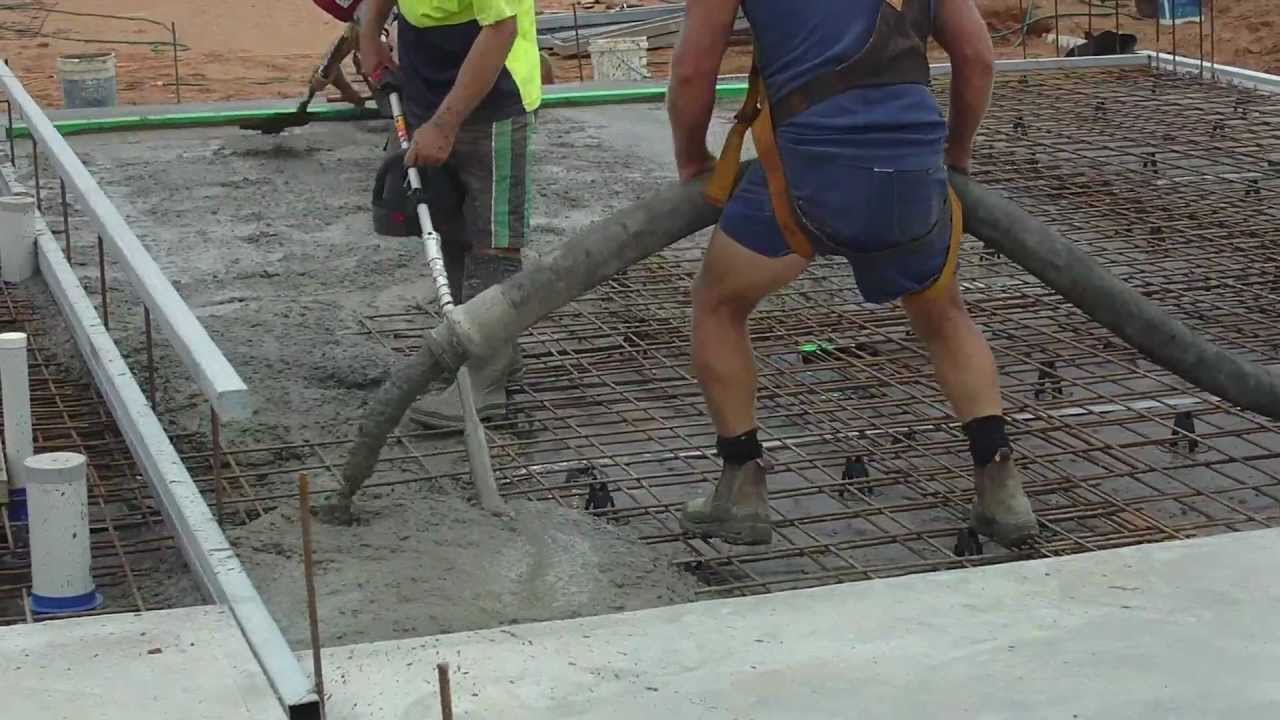 Reinforced concrete (RC) is a versatile composite and one of the most widely used materials in modern construction. Concrete is a relatively brittle material that is strong under compression but less so in tension. Plain, unreinforced concrete is unsuitable for many structures as it is relatively poor at withstanding stresses induced by vibrations, wind loading, and so on.

To increase its overall strength, steel rods, wires, mesh or cables can be embedded in concrete before it sets. This reinforcement, often known as rebar, resists tensile forces. By forming a strong bond together, the two materials are able to resist a variety of applied forces, effectively acting as a single structural element.

Whilst concrete has been used as a construction material since Roman times, the use of reinforcement, in the form of iron was only introduced in the 1850s by French industrialist François Coignet, and it was not until the 1880s that German civil engineer G. A. Wayss used steel as reinforcement.

Reinforced concrete can be precast or cast-in-place (in situ) concrete, and is used in a wide range of applications such as; slab, wall, beam, column, foundation, and frame construction. Reinforcement is generally placed in areas of the concrete that are likely to be subject to tension, such as the lower portion of beams. It is usual for there to be a minimum of 50 mm cover, both above and below the steel reinforcement, to resist spalling and corrosion which can lead to structural instability.

There are also a number of types of non-steel reinforcement that can be used, predominately as a means of controlling cracking. Fibre-reinforced concrete is a concrete mix that contains short discrete fibres that are distributed uniformly throughout the material. Fibres can be made of glass, polypropylene, synthetic and natural materials, as well as steel.

This makes it more resistant to shock and vibration than ordinary concrete, and able to form long, thin structures with much smaller sectional areas to support equivalent loads. Pre-stressing may be achieved by pre-tensioning or post-tensioning.

Reinforced concrete is extremely durable and requires little maintenance. It has good thermal mass, and is inherently fire resistant. Rebar is generally made from 100% recycled scrap, and at the demolition stage, the concrete and rebar are capable of being separated so that the steel can be recycled.

However, concrete has a relatively high embodied energy, resulting from its extraction, manufacture and transportation. Waste materials can be included within the concrete mix such as RCA (Recycled Crushed Aggregate), GGBS (Ground Granulated Blast-Furnace Slag) and PFA (Pulverised Fuel Ash), however, issues such as moisture content and material variability may make its recycling unviable.

One of the methods of contrast with earthquakes is seismic retrofitting of buildings.
Therefore, old and unsafe buildings should be strengthened by methods such as <a href="https://afzir.com/en/strengthening-with-frp/what-is-frp/">strengthening with FRP</a> in accordance with ACI 4402R or retrofitted by classical methods such as FEMA 360.