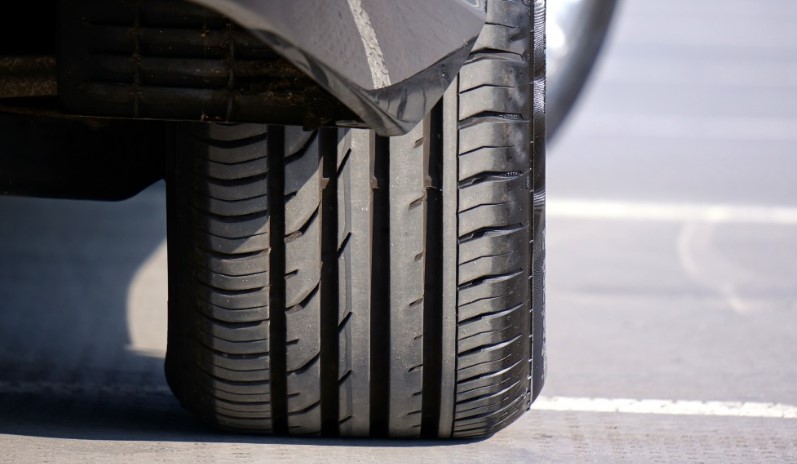 Recycled concrete aggregate (RCA also known as recycled crushed aggregate) can be made using waste from quarries and other substances, but researchers have also developed a technique that combines building material waste with used tyres to produce an innovative form of RCA that can be used to construct roads.

Construction activities can generate large amounts of waste materials that then need to be disposed of. In addition, at the end of a building's life, it may be deconstructed or demolished, generating significant amounts of waste. Increasingly, there are options available in terms of reusing and recycling materials, but despite this, a large amount of construction waste is still disposed of in landfills. According to data from Technology Strategy Board (now known as Innovate UK), 32% of landfill waste comes from the construction and demolition of buildings. Globally that estimate is even higher.

Estimates suggest there are nearly one billion scrap tyres generated per year as of 2020. Rubber from tyres is can be recycled, for example to make flooring. Rubber is highly elastic and durable and is corrosion resistant. It remains flexible in a wide range of temperatures, is water resistant, an electrical and thermal insulator, and is able to absorb movement and vibration.

In 2020, researchers at Royal Melbourne Institute of Technology (RMIT University) in Melbourne, Australia announced they had developed a material from a combination of these substances that would be suitable and safe for use as a base layer under flexible roads that consist of materials applied in layers. These layers generally include a subgrade, base, subbase and top.

While construction waste material can be used on its own, the addition of waste rubber has delivered promising test results. Lab testing has found the combination of 0.5 percent fine crumb rubber to 99.5 percent RCA to be the most promising in terms of cohesion and strength. The material - which exhibits promising deformation and dynamic properties - has also been tested for stress, shear behaviour, acid and water resistance and durability necessary for road traffic.

Plastic waste has also been suggested as a suitable substance for new roads and repairs.

Retrieved from "https://www.designingbuildings.co.uk/wiki/Recycled_concrete_aggregate_RCA"
Create an article