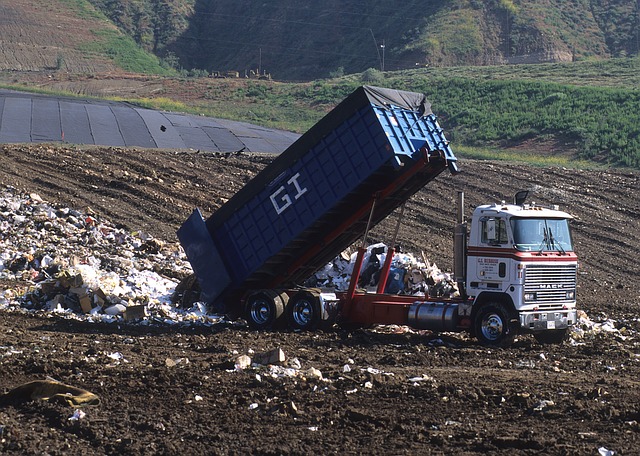 A landfill site – also be called a rubbish dump, dumping ground or tip – is a place that is used for the disposal of household and commercial waste (referred to as landfill if it cannot be re-used or recycled). The name derives from the final destination of the rubbish, which is burial, typically in a large hole, flowed by a covering layer, thereby filling the land. Landfill is the most traditional form of waste disposal and continues to be used in many parts of the world.

Many landfill sites are overwhelmed by the quantity of waste material deposited and the result is huge mountains of rubbish which can constitute a health hazard, in particular in countries were people are picking through the rubbish hoping to find something of value. Hazardous materials may also leach out of poorly controlled landfill sites, and when subject to earthquakes, they may suffer soil liquefaction if they are not suitably stabilised.

The other end of the scale are landfills that are scientifically managed and involve sorting, treating and recycling whatever can be recycled. These are sometimes referred to as sanitary landfills where an engineered approach is adopted to separate, confine and treat the waste. Operated according to strict regulatory standards, they first came about in the 1960s and 1970s as a reaction to the untreated, open-dump-type of site. They rely on the aerobic decomposition of waste followed by decay in anaerobic stages involving the conversion of solid organic material into liquids and eventually a further change of state into components including carbon dioxide (CO2) and methane (CH4) gases.

Landfills can have an adverse and deleterious effect on the landscape which can be minimised by limiting the landfill area and compacting to reduce the volume. When waste arrives at a site, it may, once unloaded, be spread by bulldozers to achieve a more compact, even distribution. Soil, woodchips or other green waste can also be used periodically as a covering medium.

However, rain falling on a landfill site can become contaminated as it passes through, dissolving soluble matter and picking-up insoluble particles. The resulting ‘leachate’ can cause pollution as it percolates through the ground. This can be prevented by the use of a continuous, impermeable barrier lining the ground, allowing the leachate to be collected and subjecting it to treatment.

Construction activities can generate large amounts of waste materials that then need to be disposed of. In addition, at the end of a building's life, it may be deconstructed or demolished, generating significant additional waste.

It is estimated that 32% of landfill waste comes from the construction and demolition of buildings, and 13% of products delivered to construction sites are sent directly to landfill without being used.

A study by Cardiff University found that 70–105 million tonnes of waste is created in the UK from demolishing buildings every year. An earlier estimate in 2008 suggested that the construction and demolition industry was responsible for 25 million tons of landfill waste – just in England.

In the UK, The 1996 Finance Act introduced a tax on waste disposal on all landfill sites registered in the UK. Exemption provisions for waste from contaminated land was phased out in April 2012.