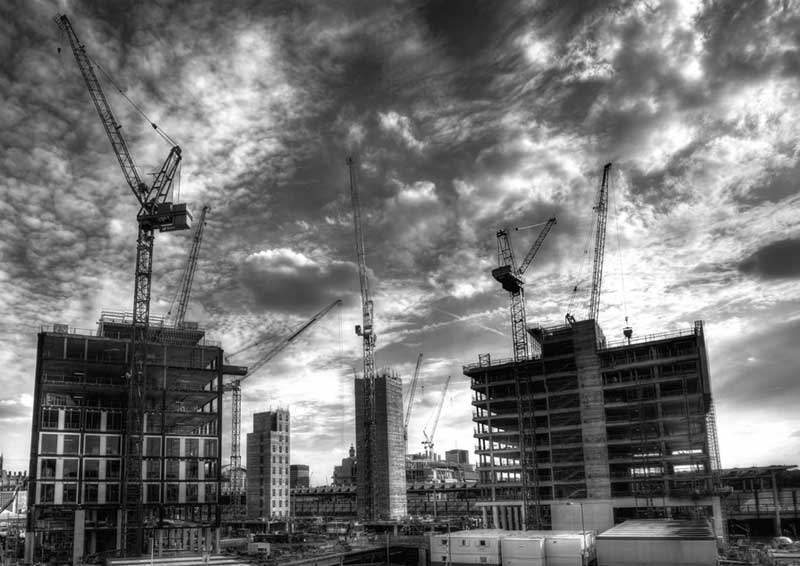 A project is a series of related a tasks which when they are carried in the correct order will lead to the completion of the project. Projects are temporary, generally resulting in the creation of a tangible product or outcome. This is as opposed to a programme, which is a series of interrelated projects that may be carried out repeatedly or continuously in order to support an ongoing process. For more information, see Project v programme.

A construction project, sometimes just referred to as a ‘project’, is the organised process of constructing, renovating, refurbishing, etc. a building, structure or infrastructure. The project process typically starts with an overarching requirement which is developed through the creation of a brief, feasibility studies, option studies, design, financing and construction.

Construction projects are typically one off's. That is, a project team, brief and financing are put together to produce a unique design that delivers a single project. Once the project is complete the team is disbanded and sometimes will not work together again. This can make it difficult to develop ideas or relationships, and so lessons learned are often not carried forward to the next project. The exceptions to this are repeat developers such as supermarket chains, housebuilders, and so on.

Typically, a construction project comprises many smaller projects which require a wide range of different disciplines working in collaboration. Large numbers of people are involved on a typical construction project, with the structure and composition of the project team usually changing through its duration. Projects may be coordinated by a project manager (or by a lead consultant) who is supported by professionals such as an architect, engineer, cost consultant and so on. For more information, see Project team.

This separation of project roles into different disciplines, and contractual arrangements that further separate the client, consultants, contractors and subcontractors can make construction projects adversarial. This can result in conflict, opposition, confrontation, dispute and even hostility.

Solutions that have been put forward to combat the adversarial nature of construction projects include:

Projects may be public, or private:

NB The CDM Regulations define a project: '...includes or is intended to include construction work and includes all planning, design, management or other work involved in a project until the end of the construction phase.'

Retrieved from "https://www.designingbuildings.co.uk/wiki/Construction_project"
Create an article