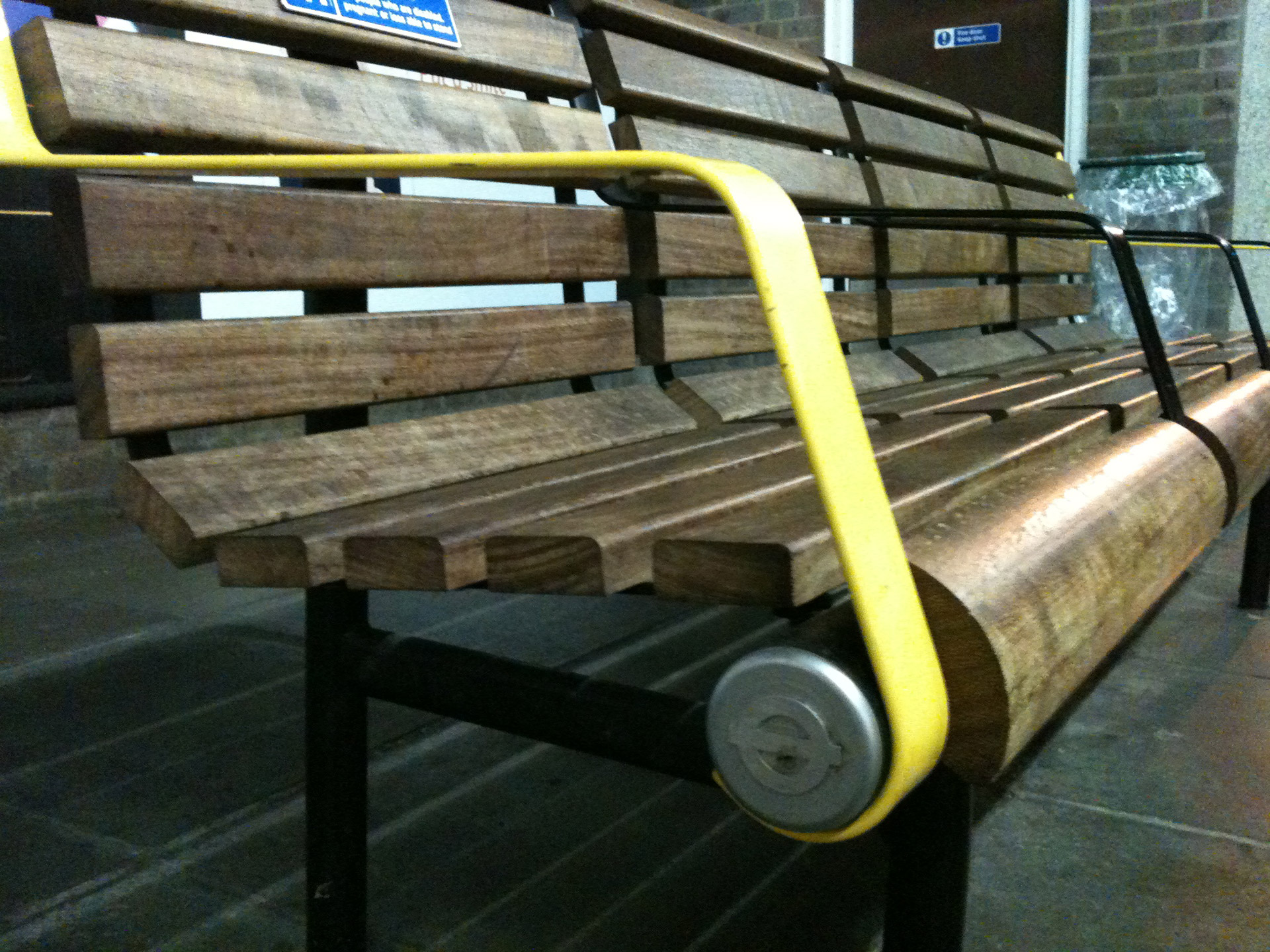 A bench is a long seat that can accommodate several people simultaneously. A bench can be backless, armless or both. It can also be used indoors, outdoors or both, depending on its design and construction.

Early benches were made from materials such as stone, wood, earth or straw. During the 13th century, backless stone benches might be located inside the porch of a church or along the walls of a nave. Eventually, benches were brought into the centre of the nave of the church. These benches were often movable and later became fixed to the floor. These types of benches were sometimes called pews.

With manufacturing advances, materials such as cast iron were also used to make benches. Modern benches can be made from aluminium, concrete, fibreglass, steel, recycled plastic and other synthetic materials.

Modern benches in public areas are sometimes designed in a manner that deters certain types of behaviour other than sitting. This form of hostile architecture keeps people from doing things such as skateboarding, lying down and so on.

Retrieved from "https://www.designingbuildings.co.uk/wiki/Bench"
Create an article