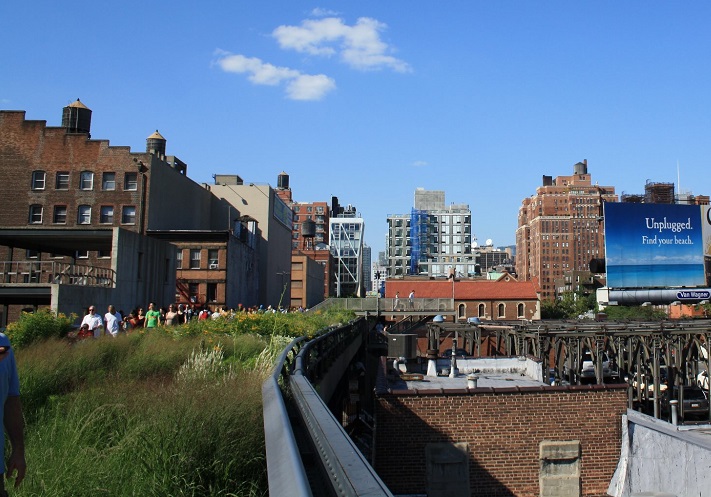 Landscape urbanism is the theory of urban planning through the medium of landscape. It promotes the general idea that cities are best planned and organised, not through building and infrastructure design, but through the design of landscape.

Since emerging in the mid-1990s, landscape urbanism has taken several different forms and interpretations. It was popularised by American landscape architects who used the term to refer to the reorganisation and planning of post-industrial cities such as Detroit and others that were in decline. By the late-2000s, the term had come to be used in reference to high-profile projects of urban renewal, often with commercial investment, such as London's Olympic Park.

Other projects that are seen as being influenced by landscape urbanism include; the High Line in New York, Millennium Park in Chicago, the Olympic Sculpture Park in Seattle, and Parc de la Villette in Paris.

As a theory, landscape urbanism originated in the late-1980s, when landscape architects and urbanists such as Peter Connolly, Richard Weller and Charles Waldheim began to explore the perceived boundaries and limits of their respective disciplines within the context of complex urban projects. The first Landscape Urbanism conference was held in Chicago in 1997, following which, academic programmes in America and Europe began to formalise the emerging practice in institutions such as the University of Toronto, Harvard Graduate School of Design, Massachusetts Institute of Technology, and Oslo School of Architecture.

These theorists sought to 'claim landscape as urbanism' and viewed the concept as a reaction to 'architecture and urban design's inability to offer coherent and convincing accounts of contemporary urban conditions'.

In essence, the theory suggests that landscape should supplant architecture from its traditional role as the foundation for urban form. In terms of a project this may be achieved through managing infrastructure, water, biodiversity and human activity, and examining the ecological and environmental implications of the urban development.

One of the leading theorists, James Corner, suggested the most important ideas for landscape urbanism are:

Critics of landscape urbanism point to its stubborn resistance to clarity in terms of a common methodology or even an easy definition. It is argued that it remains an abstract academic theory that uses obscurantist post-modern language with few actual built examples to draw from.

Retrieved from "https://www.designingbuildings.co.uk/wiki/Landscape_urbanism"
Create an article