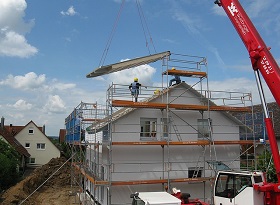 In October 2018, the Ministry of Housing, Communities and Local Government (MHCLG) announced the establishment of a New Homes Ombudsman. Legislation will be introduced that requires all new housing developers to belong to this watchdog which will ‘champion homebuyers, protect their interests and hold developers to account’.

The report proposed that the Ombudsman should be independent, free-to-use and should provide a swift resolution to disputes. It would be funded by a levy on housebuilders, increasing in size according to the size of the company. The report recommended that a code of practice be drawn up by government, warranty providers, housebuilders and consumer groups which could then be used by the Ombudsman to help them adjudicate on disputes.

The government said; ‘...house buyers should be confident that when they purchase a new home, they get the quality of build and finish they expected.’

Industry and consumer groups will be consulted in order to develop the proposals further before publication.

Tassos Kougionis, Principal Consultant – Residential, at BSRIA’s Sustainable Construction Group, said; “BSRIA is pleased with the government announcement of the creation of a New Homes Ombudsman. We always supported the introduction of a better, more efficient and robust consumer focused redress process regarding new homes’ quality which is now one step closer from being realised...BSRIA has also advocated that ‘prevention is better than a cure’ and that emphasis must also be given to the introduction of effective quality control routines preventing new homes’ quality issues arising in the first place along with greater transparency provided to the consumer in terms of housing insurance products and warrantees. As a member of the CIC Housing Panel we will ensure that such concerns are raised and heard.”

In February 2020, following a 3-month consultation, Housing Secretary Robert Jenrick confirmed the creation of the New Homes Ombudsman, and new laws requiring that all developers belong to the Ombudsman. Ref https://www.gov.uk/government/news/housing-secretary-clamps-down-on-shoddy-housebuilders

Retrieved from "https://www.designingbuildings.co.uk/wiki/New_Homes_Ombudsman"
Create an article