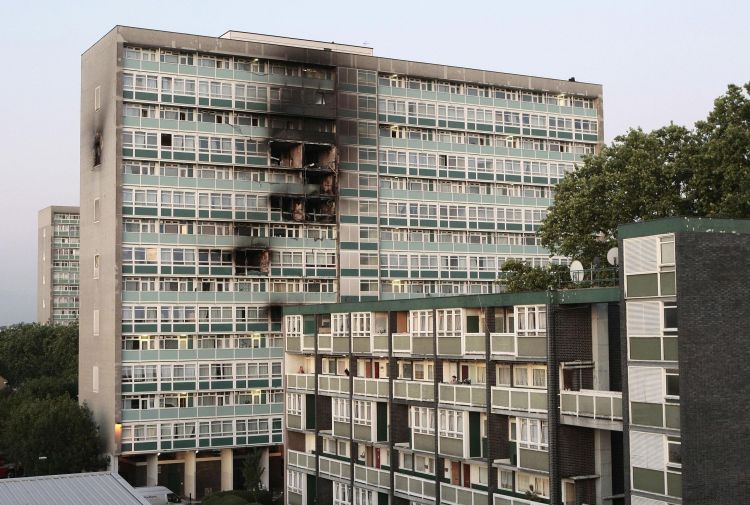 The Lakanal House fire occurred in a tower block in Camberwell, south London on 3rd July 2009. Six people were killed and at least 20 injured when a fire broke out in one of the flats and quickly spread.

The 14-storey tower block accommodates 98 flats and reaches a height of 41.9 m (137 ft). Built in 1959, it is made up of two-bedroom maisonettes arranged in an interlocking ‘scissor’ split-level design, common to tower blocks of the period.

After the fire, an investigation was launched by the Metropolitan Police which discovered the cause to have been an electrical fault in a television set.

A separate investigation was opened by the London Fire Brigade which revealed that Lakanal House had been previously identified as at risk of fire spread should a fire occur. The building’s owners, Southwark Council, had scheduled the building for demolition in 1999 but had then decided against this and instead spent £3.5 million on refurbishment works.

An inspection of the building following the fire revealed breaches of fire resistant structures, a lack of compartmentation in the suspended ceilings, and failure to provide smoke seals on fire doors.

Residents also strongly criticised the layout of the flats which did not allow easy escape, and pointed out that there was no central fire alarm system – something not required by the Approved Document B guidance.

An inquest held into the deaths found that opportunities to prevent the tragedy had been missed. The jury pointed to the failures of Southwark Council, highlighting steps that could have prevented or slowed the spread of the fire.

The inquest focused on the cladding panels that had been fitted as part of the refurbishment in 2006/07, which were found to offer less fire resistance than the panels they replaced, and enabled the fire to spread more rapidly than expected. According to the jury; ‘This was due to a serious failure on the part of Southwark Council’s building design services, its contractors and its subcontractors’.

The coroner made recommendations to Southwark Council, the Department of Communities and Local Government, and the London Fire Brigade. Chief among these was that guidance on the scope of fire risk assessments and on the building regulations should be made clearer.

Dan Daly, London Fire Brigade’s assistant commissioner for fire safety, said; “All landlords, including large housing providers, such as councils and housing associations, have a clear responsibility under the law to ensure that their premises meet all fire safety requirements and are effectively maintained to provide protection in the event of a fire and keep their residents safe.”

Retrieved from "https://www.designingbuildings.co.uk/wiki/Lakanal_House_fire"
Create an article