Water is the fundamental requirement for life; more immediately important than food, shelter, light or heat.

98% of the water on the planet (estimated at 326 million trillion gallons) is stored in the sea and too saline to be of use. Of the remaining 2% which is fresh, 1.6% is locked in polar ice caps and glaciers. The remaining 0.4% is the water we have available to us.

It is found in rivers and stored under the ground, as well as floating in the air as vapour and locked within the cell structures of plants and animals.

Humans use water for:

While a secure supply of water has always been vital, two trends are putting the planet's water resources under greater pressure than ever before.

While the rate of its rise and the anticipated outcome of current trends may be open to debate, the fact of its increase is not. It is generally accepted there are more than twice as many people on the planet now as there were in 1960. 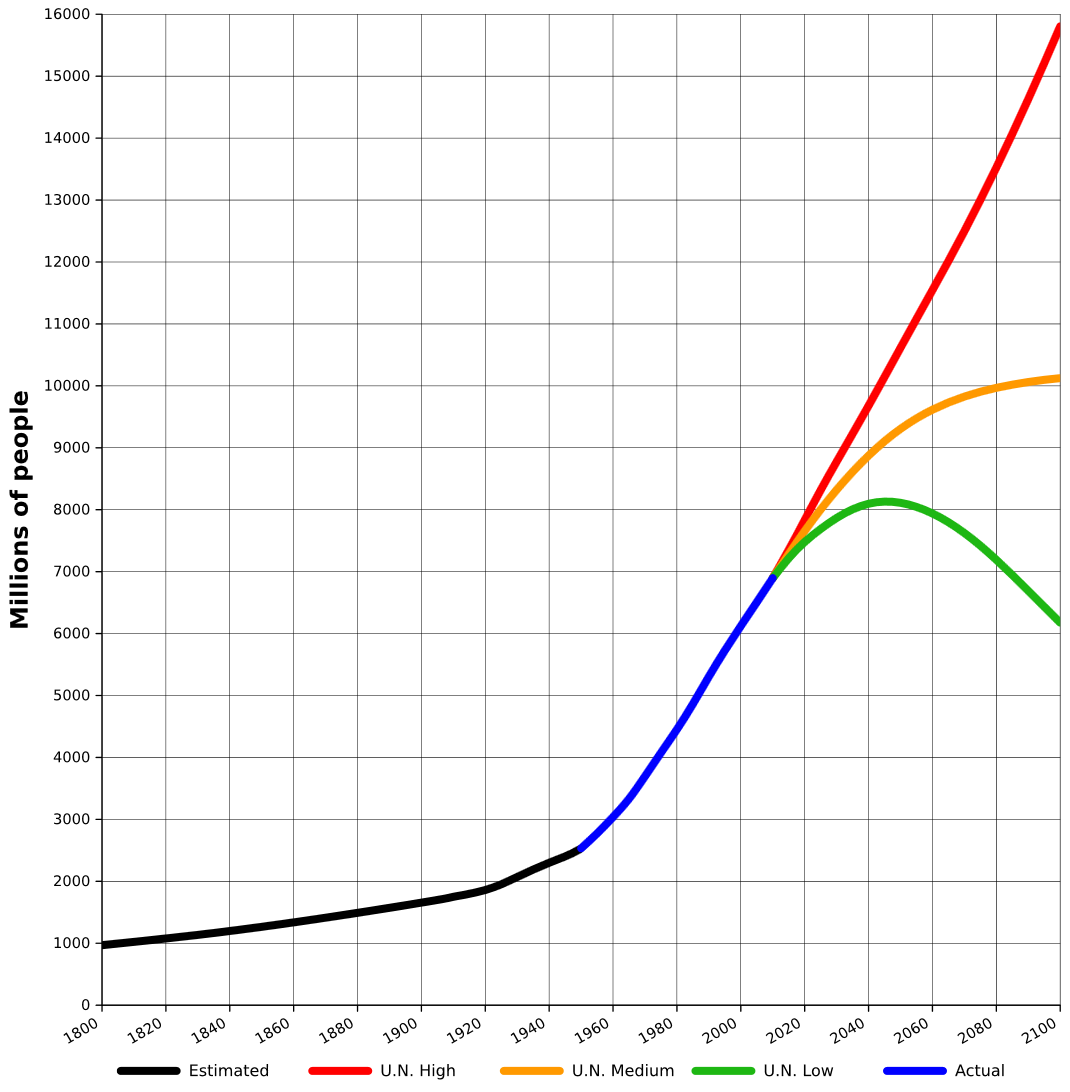 To a great extent, the areas where the population is growing the fastest are the areas which have the least water resilience. Six countries (Brazil, Russia, Canada, Indonesia, China and Colombia) hold 50% of the world's freshwater reserves.

Current trends indicate that the planet is warming. Although the cause is not factually proven, scientists blame increased carbon in the atmosphere. We are too close to current changes to be able to define their implications, but predicted future changes include more extreme weather events. Planning in resilience to these events is an important part of the work of water engineers.

[edit] What is water engineering?

The primary requirement for a water engineer is a passion and enthusiasm for understanding where water comes from, what it does in its life cycle, what it can be used for, the constraints it poses and the benefits it can bring.

From a technical perspective, water engineering is the management of every part of the water cycle; from a drop of water falling out of a cloud as rain to the point at which it joins the sea. Water has usually been used more than once on by the time this journey is finished.

The aim of water engineering is to maximise the use of potable water as a finite and precious resource. Water engineers help teams to create designs which are:

As rising populations continue to put pressure on land it is becoming more and more important to develop effective strategies for redeveloping brownfield sites. Water management is key to this. It is not possible to simply hope rainwater which falls onto the site off site will drain off and move elsewhere because a large site can cause significant flooding to other areas. The design of the site itself needs to include masterplanning the water.

Water engineering spans the theoretical and the practical. A water engineer prepares a hypothetical calculation of multiple scenarios in which the movement of water is modelled with key variables changed in each such as elements of any design and the volume of water. For a water engineer, success on a project is the lack of failure.

It is impossible to design out all risk and the engineer inputs into the design of a structure or development by defining the statistical risk of a number of scenarios. Water engineers think in terms of probability and likelihood. A design is always assessed in terms of its potential failure.

The water engineer then works to define mitigation measures to deal with failure. This may be the closure of an area of land or the evacuation of a structure.

[edit] The role of the water engineer

Water engineers undertake a range of specialist roles on projects to enable water to be effectively managed. These include:

A good example of the how these different roles relate to each other and to the wider construction team can be seen on the Olympic Park. The masterplan referred to water from the outset and included a waterspace masterplan which considered how water could be used to enhance the area's biodiversity and provide amenity, as well as designing the site to significantly reduce its flood risk. 4,000 homes were taken out of the area's flood envelope following the development. [Image copyright LOCOG.] 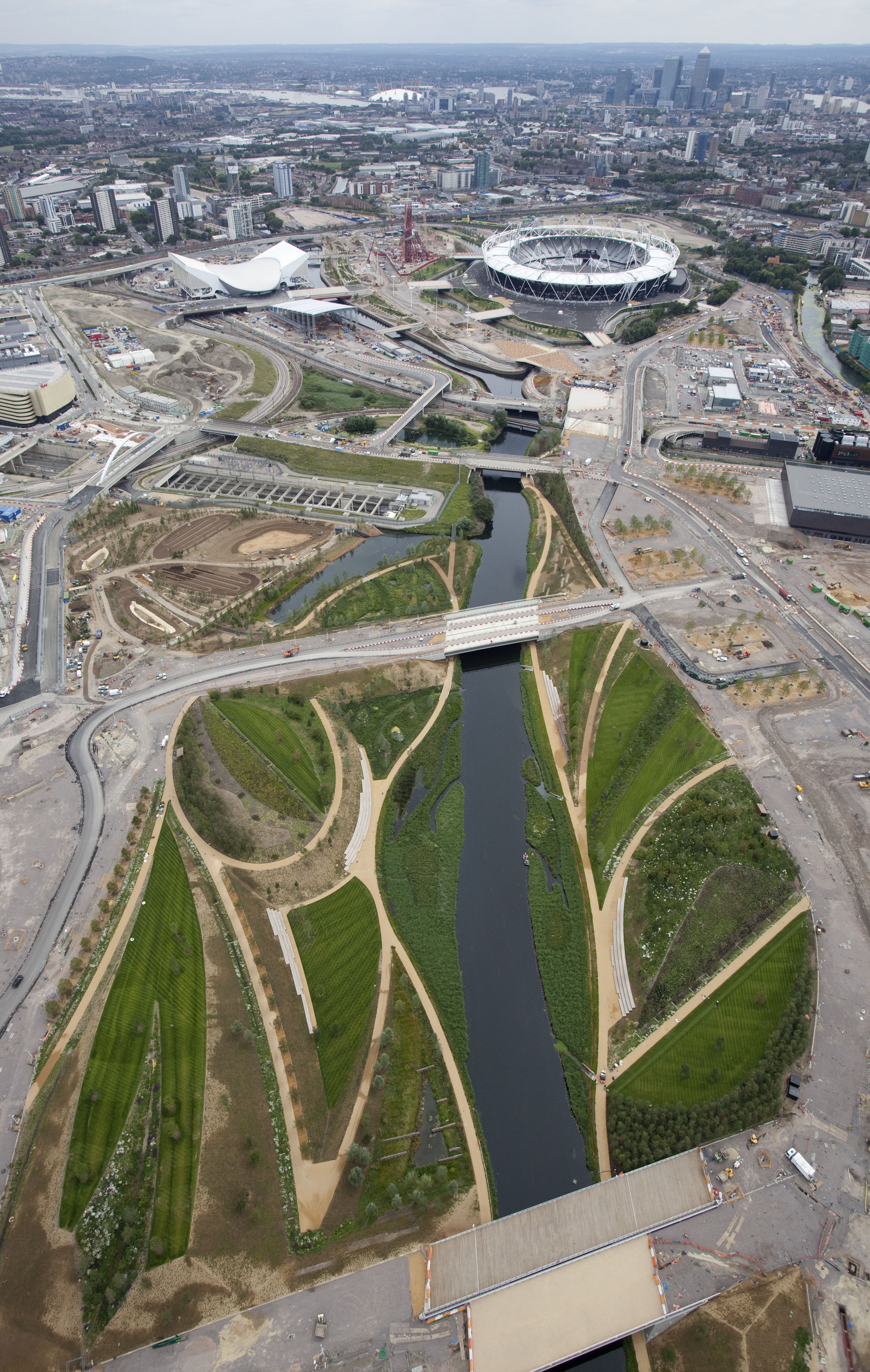 [edit] The importance of communication

The water engineer's role is to present risk to clients and design teams in a way which enables an informed decision to be made about the most appropriate design solution.

This ranges from varying the risks of different design solutions to expressing the scale of risk associated with different types of weather event. The aim of the water engineer's role in these consultations with the client and design team is to help the wider team understand and agree the appropriate level of risk for the project.

[edit] How are water levels expressed?

Because water levels change with tides and with rates of flow, water engineers use specific terms in describing levels.

They refer to all levels as 'AOD' – Above Ordnance Datum. Ordnance Datum is an agreed base level from Newlyn Harbour which is set as the national zero standard.

Each measurement is given a + or a – sign to signify which side of Ordnance Datum it falls. The levels of river and sea beds are equally measured in terms of the same base level.

Water engineering is subject to particular constraints and pressures.

The primary individual in a project is the client. However on most construction projects, and particularly on those which involve water, there are a number of stakeholders, consultees and other third party groups. These include:

All these groups have valid and vested interests in river and coastal projects. The biggest cause of problems in the consultation of water engineering projects is late or insufficient communication with stakeholder groups. This may be caused by a lack of understanding on the part of the client team. For example, many clients are not aware that of range of roles undertaken by the Environment Agency.

A client may have a positive meeting with one team (e.g. ecology) without realising they need to hold separate talks with other parts of the organisation (e.g. flood risk). This almost makes the EA a project in their own right.

It is always better to connect with stakeholders early and to be open about plans so there is time to establish relationships and build mutual trust.

Retrieved from "https://www.designingbuildings.co.uk/wiki/Water_engineering"
Create an article