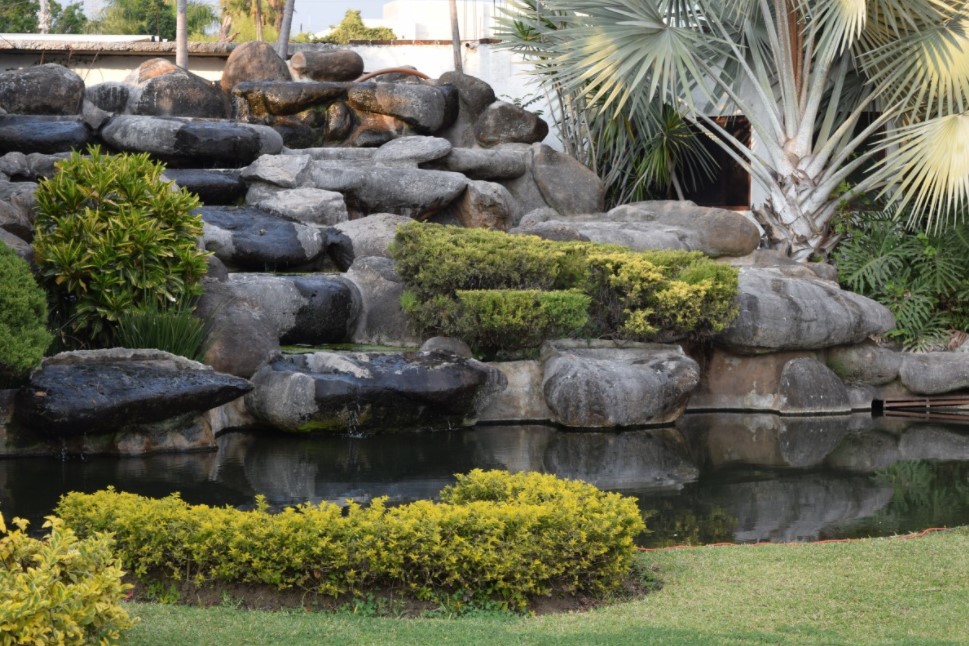 A water feature can be defined as a decorative or recreational component of a garden, landscape or urban area that incorporates some aspect of water.

In some Ancient cultures, water features were constructed in homes and gardens that were built in hot climates. In Greece and Italy, pools or fountains were sometimes placed in open entrance halls in front of the home or in enclosed atriums within the home.

These early water features were powered by several different means, including:

With the Industrial Revolution in the 1800s, steam engines were sometimes used to power water features.

Modern structures tend to rely on artificially supplied water and are primarily human-made. Water supply does not need to come from the mains water; some water features incorporate natural supplies from groundwater, rainwater and stormwater runoff.

Water is generally held in an underground or hidden reservoir (sometimes referred to as a sump) and pumped to the water feature. Water may be recirculated once it enters the supply.

Modern devices often require a source of power. This can be mains power or solar or wind power.

Water features may be referred to as water gardens or aquatic gardens when the water feature serves as the primary point of interest within the garden. In addition to aesthetic and recreational purposes, the moving water sometimes performs a secondary irrigation purpose.

Water features may be incorporated into a wide variety of landscape design projects - from parks and green spaces, to gardens, sports sites and large estates such as housing developments, business parks, universities, hospital complexes and so on.

In some urban environments, their purpose may be to create the impression of a more tranquil environment through the production of natural sounds that may help mask unpleasant noises, or increase privacy. 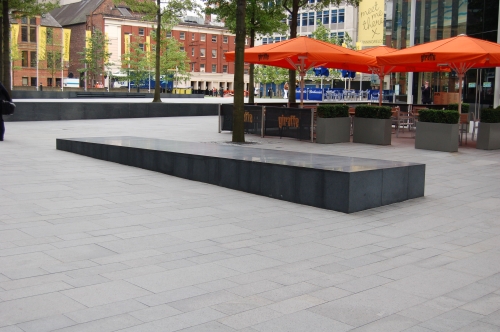 Water features may also be used as an aspect of biophilic design, which attempts to connect people to nature and natural processes. This connection can be made by introducing visual interaction with the 'natural' world outside - perhaps in a courtyard with a water feature and plants.

Water features may be used inside buildings to enhance the visual and acoustic environment.

Water features may also be used to help attract and support certain forms of wildlife. They may also increase humidity in dry regions and help improve air quality.

In Japan, water features can play several important roles. Water can be used to represent renewal through spiritual cleansing and can promote a sense of calm. These water features are generally designed simply with water trickling from a spout into a basin which is often made of stone and surrounded by vegetation. In some gardens, the sound of moving water - in the form of waterfalls or fountains - may serve as a backdrop to meditation.

Some Japanese water features - such as the shishiodoshi - perform the opposite function by disrupting the sense of calm. These devices (generally referred to as deer scarers) use the movement of water through a series of weighted bamboo segments to trigger sounds that frighten - rather than attract - unwelcome wildlife (such as deer) from the garden.

There are small and large scale types of water features.

Small water features may be suitable for tabletops or balconies. These come in several forms, including:

There are many types of large scale water features:

Retrieved from "https://www.designingbuildings.co.uk/wiki/Water_feature"
Create an article