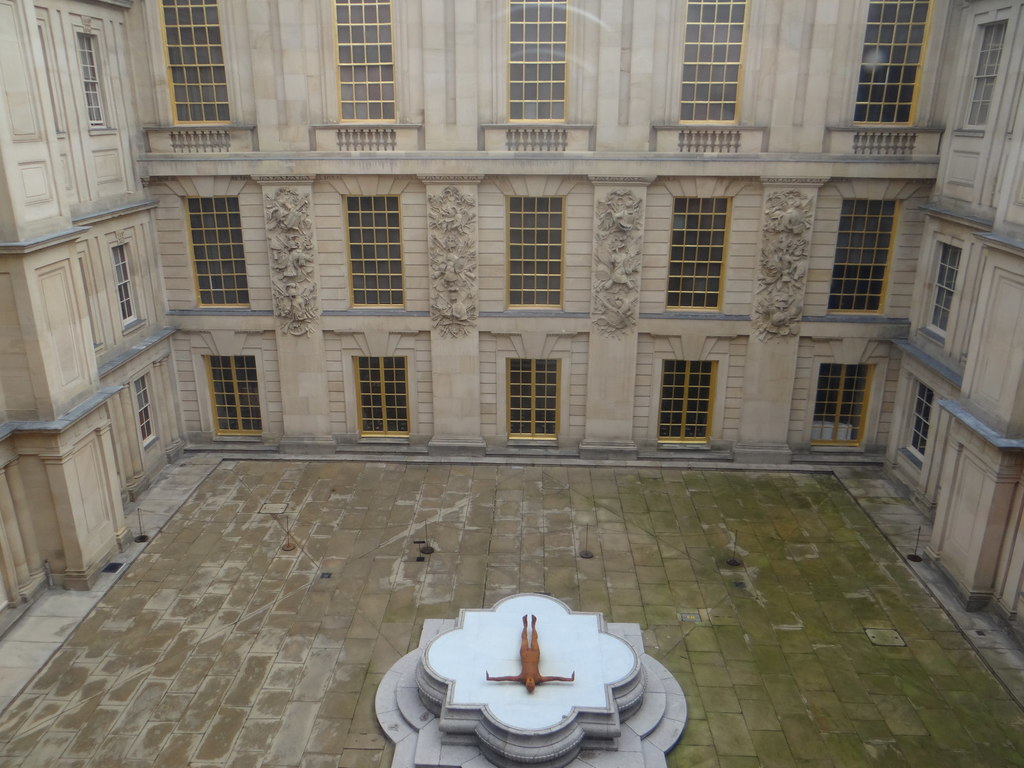 The courtyard at Chatsworth House is used to display sculpture.

'Courtyard' is a term used to describe an area that is open to the sky but surrounded by a building (or buildings) or walls. The word court and yard originate from the same Latin term which roughly translates to enclosed space.

A quadrangle is a type of courtyard that is frequently associated with universities or other educational institutions (schools, libraries and so on).

Courtyards are found in both Eastern and Western cultures and have been used in architecture for many centuries.

In the Mesopotamian region of the Tigris–Euphrates river system, complex systems of urban planning were developed from the 10th millennium BC to the 6th century BC. These communities incorporated building styles that introduced some of the earliest examples of courtyard homes. Courtyard homes are structures that place the living quarters around the open, central courtyard.

In these structures, some of the rooms had doors that led directly into the light and private courtyard. This served as a place for eating, cooking, sleeping, gardening, keeping animals, socialising and other activities. In hotter climates, the currents created in a courtyard sometimes provided a cooler environment.

Some courtyard homes had added security, protected with fortifications such as gates or moats.

In medieval times, inns and public buildings had courtyards that sometimes served as meeting places. This usage eventually contributed to other meanings of the word, “court”, for example, describing activities associated with the resolution of legal disputes. For more information see: Court.

Modern courtyards are sometimes found in urban housing communities with multiple separate residences. They provide open - but protected - spaces that can be used by families who seek safe locations for their children to play.

Some historic courtyards have been enclosed by modern roofs, such as the quadrangle at the British Museum.

Retrieved from "https://www.designingbuildings.co.uk/wiki/Courtyard"
Create an article