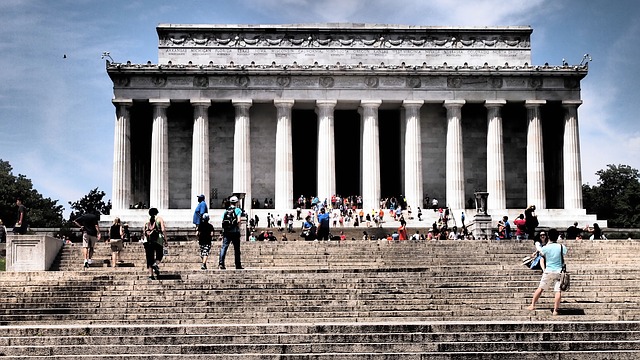 In classical architecture, a colonnade is a row of columns spaced at regular intervals in a similar way to a balustrade. They can be used to support a horizontal entablature, an arcade or covered walkway, or as part of a porch or portico. The most iconic example of a portico lined with a colonnade is the Parthenon in Greece. Colonnades can also be used to line open courtyards, and may often be a feature of landscape design.

The use of colonnades dates back to Ancient Greece and Roman architecture where they were used for large public buildings to border open spaces, such as temples and marketplaces.

Colonnades were later used in Baroque and Neoclassical architecture for buildings such as museums and courthouses to create an aesthetic of importance and ‘grandness’, such as the Lincoln Memorial in Washington D.C (see image above).

Colonnade size and design can vary. They are usually made from materials such as marble, limestone and painted timber. Larger columns are used for more monumental buildings, while smaller and more slender columns can be found in the Regency architecture of formal homes.

Retrieved from "https://www.designingbuildings.co.uk/wiki/Colonnade"
Create an article