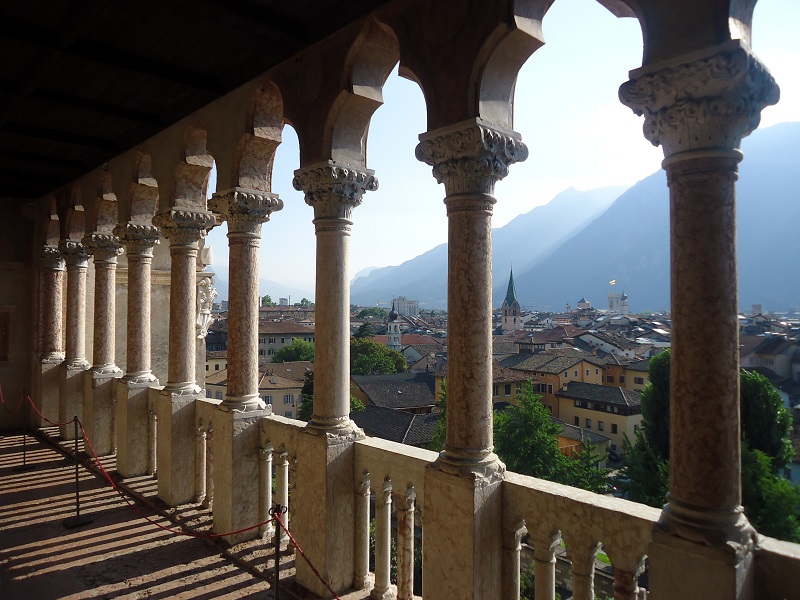 A loggia is an open-sided, roofed or vaulted gallery, often on the upper level of a building but sometimes at ground level. A loggia can be either free-standing or can run along the front or side of a building. The outer wall is open to the elements and is usually supported by a series of columns or arches, similar to an arcade.

The difference between a portico and a loggia is that a portico is intended to function as part of the entrance to a building, whereas a loggia is only accessible from inside a building and serves more as an additional space, often used for leisure purposes.

The difference between a veranda and a loggia is that a veranda is a roofed structure attached to the outside of the main building, whereas the a loggia forms part of the main architectural structure.

Arcades tend to be used as passageways or covered walkways rather than leisure areas.

Loggias are most commonly associated with Italian architecture, and date back to the early Middle Ages, when open-arched loggias were common in the main square of public buildings, helping in the performance of ceremonies. In the 17th century they became increasingly popular in the residences of rich nobility, where they were often used as ‘outside lounge areas’.

A variation is the ‘double loggia’, in which two consecutive floor levels contain loggias.