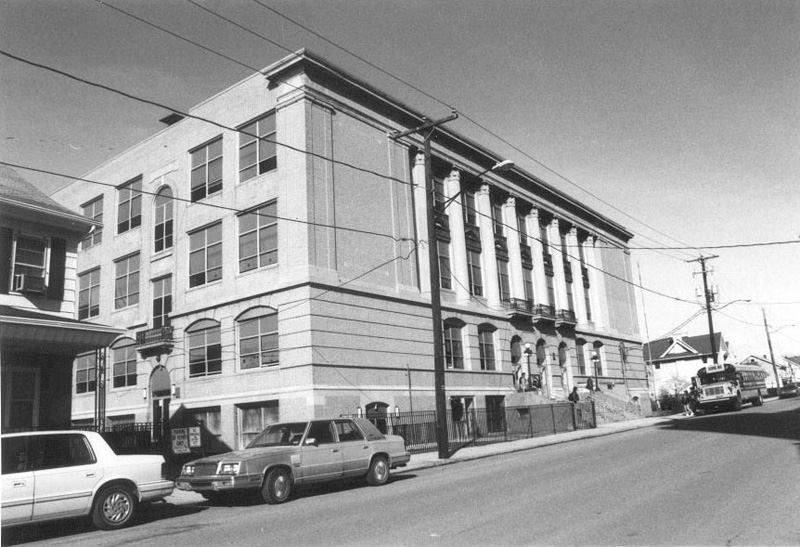 The Italian Renaissance Revival style (1890-1930) developed at the very end of the Victorian period of architecture. Like the Romanesque styles and other later classically-inspired styles, the Italian Renaissance Revival style looked to Italy and the ancient world for inspiration. This style developed in direct contrast to the medieval form and appearance of other popular styles of the time: the Gothic Revival, Queen Anne, and Shingle styles.

This, and the earlier Italianate style, were both modeled on the 16th century buildings of the Italian Renaissance. However, Italian Renaissance Revival style buildings are much closer stylistically to the original form than the Italianate style. This added authenticity was due to greater familiarity with the original buildings - via photographs versus pattern books - and advances in masonry veneering techniques that developed in the early-20th century.

The most predominant feature of this style is its imposing scale and formal design incorporating classical details such as columns and round arches and balustrades. This style can take several distinct forms, but all variations are almost always of masonry (usually stone) construction.

One version of the style features a large rectangular building, usually three or more storeys in height, topped by a flat roof with a crowning balustrade. Another common feature for this flat roof version of the Italian Renaissance Revival style is a rusticated stone first floor with upper floors having a smooth finish. Porch arcades and porticos are often seen in this version as well.

The other most common form of this style features a hipped roof, often of clay tiles, with broadly overhanging, bracketed eaves. This variation bears some resemblance to the Spanish Colonial Revival style which was popular in the same period. While having a similar form and tiled roof, the Spanish Colonial Revival style lacks the classical details like columns, pilasters and pedimented windows.

The Italian Renaissance Revival style was first popularised on the East Coast by architects such as McKim, Mead & White as early as the 1880s. This elegant style is seen mostly in up-scale, architect-designed buildings, such as mansions, schools, government offices, churches and other public buildings.

The most commonly identifiable features include the following:

Retrieved from "https://www.designingbuildings.co.uk/wiki/Italian_Renaissance_Revival_style"
Create an article