At the heart of ancient Greek architecture were the Classical 'orders'. Three styles of architecture (Doric, Ionic, Corinthian) that determined the style of columns, the form of structure and the decoration that followed on from them. The styles developed one after another, but each stemmed, initially, from a different part of Greece. There are two other Roman orders - Composite and Tuscan.

The three types of columns used in these styles were developments of the ancient Egyptian columns, which symbolised bunches of reeds tied together. Like the Egyptian columns, the capitals of Greek columns were representations of natural forms, as in the rams' horns of the Ionic style or the stylised acanthus leave of the Corinthian style.

To the ancient Greeks and Roman, the orders represented, in their proportioning of elements, the perfect expression of beauty and harmony. The basic unit of dimension was the diameter of the column. From this module were derived the dimensions of the shaft, the capital, the pedestal below and the entablature above, down to the smallest detail. Intercolumniation - the system of spacing between columns - was also based on the diameter of the column.

Because the sizes of columns varied according to the extent of the building, the orders were not based on a fixed unit of measurement. Rather, the intention was to ensure that all parts of any building were proportionate and in harmony with one another.

The Roman architect Vitruvius, in the time of Augustus, studied examples of the orders and presented his 'ideal' proportions for each in his treatise, De Architectura (English: On architecture, published as Ten Books on Architecture). Sixteenth century Italian architect Giacomo Barozzi de Vignola, recodified these rules for the Italian Renaissance and his forms of orders are probably the best known to this day.

Greek architecture followed a highly structured system of proportions that related individual architectural components to the whole building. This system was developed according to three styles, or orders.

Each order consists of an upright support called a column that extends from a base at the bottom to a shaft in the middle and a capital at the top - much like the feet, body and head of the human figure. The capital was often a stylised representation of natural forms, such as animal horns or plant leaves. It, in turn, supports a horizontal element called the entablature, which is divided further into three different parts:

These elements were further elaborated with decorative moulding and ornamentation. Each component of a classical order was sized and arranged according to an overall proportioning system based on the height and diameter of the columns.

The Greeks first constructed their order with wood and then transferred them to stone using the same forms. The ends of the wooden beams holding up the roof, for example, were translated into stone as a decorative element, called a triglyph ("three grooves"), in the entablature above the column capital.

The Greeks began by using only one order per building, but after a few hundred years of development, they became more creative and sometimes used one order for the exterior and another for the interior. The proportions of the orders also became lighter and more refined.

Some believe that the orders are primarily a question of details, mouldings and characteristic capitals. However, each of the orders is a proportional system or a range of proportions for the entire structure. The very concept of order and an overall relationship is really the most important thing in the structure's architecture.

The oldest, simplest, and most massive of the three Greek orders is the Doric, which was applied to temples beginning in the seventh century BC. The columns are placed close together and are often without bases. Their shafts are sculpted with concave curves called flutes. The capitals are plain with a rounded section at the bottom, known as the echinus, and a square at the top, called the abacus.

The entablature has a distinctive frieze decorated with vertical channels, or triglyphs. In between the triglyphs are spaces, called metopes, that were commonly sculpted with figures and ornamentation.

The frieze is separated from the architrave by a narrow band called the regula. Together, these elements formed a rectangular structure surrounded by a double row of columns that conveyed a bold unity. Some argue that the Doric order reached its pinnacle of perfection in the Parthenon (Athens) built between 447-432 BC, by the architects Ictinus and Callicrates.

Next was the Ionic order. Called Ionic, because of its development on the Ionian islands (West and South of mainland Greece) in the sixth century BC. Roman historian, architect and engineer Marcus Vitruvius Pollio (80/70 BC - died after 15 BC), perhaps best known for his multi-volume work entitled De Architectura compared this delicate order to a female form, in contrast to the stockier "male" Doric order.

The Ionic order was used for smaller buildings and interiors. It is easy to recognise because of the two scrolls, called volutes, on its capital. It has been suggested that the volutes may have been based on nautilus shells, animal horns (e.g. the Minotaur of ancient Greek mythology) or even the female fallopian tubes, giving weight to Vitruvis' ideas on the Ionic order being a "female" form.

Between the volutes is a curved section that is often carved with oval decoration known as eggs and darts. Above the capital, the entablature is narrower then the Doric, with a frieze containing a continuous band of sculpture. One of the earliest and most striking example of Ionic order is the tidy Temple to Athena Nike at the entrance to the Athens Acropolis. It was designed by Callicrates from about 448-421 BC.

The Corinthian order is similar to the Ionic order in its base, column, and entablature, but its capital is far more ornate, carved with two tiers of curly acanthus leaves.

The Corinthian order wasn't used much by the ancient Greeks. It is named after the city of Corinth (located about 78 km/48 miles southwest of Athens). According to Vitruvius, it is Corinth where the capital was created by the sculptor Callimachus (working in the second half of the fifth century BC ), who invented it after spotting a votive basket surrounded by leaves. In fact, the oldest known Corinthian capital was found inside the temples of Apollo Epicurius at Bassae, 427 BC.

It is sometimes called the feminine order because it is used on the top level of the Colosseum in Rome, therefore holding up the least amount weight. The Corinthian order has the slenderest column in terms of width to height ratio of all the classical orders at about 10:1.

The ancient Greeks continued to strive for perfection in the appearance of their buildings. To make their columns look straight, they bowed them slightly outward to compensate for the optical illusion that makes vertical lines look curved from a distance. They named this effect entasis which means 'to strain' in Greek.

The relationships between columns, windows, doorways, and other elements were constantly analysed to find pleasing dimensions that were in harmony with nature and the human body. Symmetry and the unity of parts to the whole were important to Greek architecture, as these elements reflected the democratic city-state pioneered by the Greek civilisation.

Retrieved from "https://www.designingbuildings.co.uk/wiki/Classical_orders_in_architecture"
Create an article

Government has announced a new Champion for Modern Methods of Construction as part of the government’s drive to make the UK the global leader in housing standards. 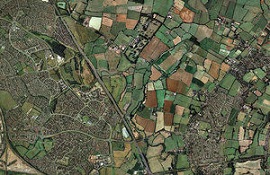 Planning is about so much more than the number of applications approved and the speed of processing them so the RTPI is commissioning research aimed at producing a toolkit that can demonstrate a wider range of outcomes.