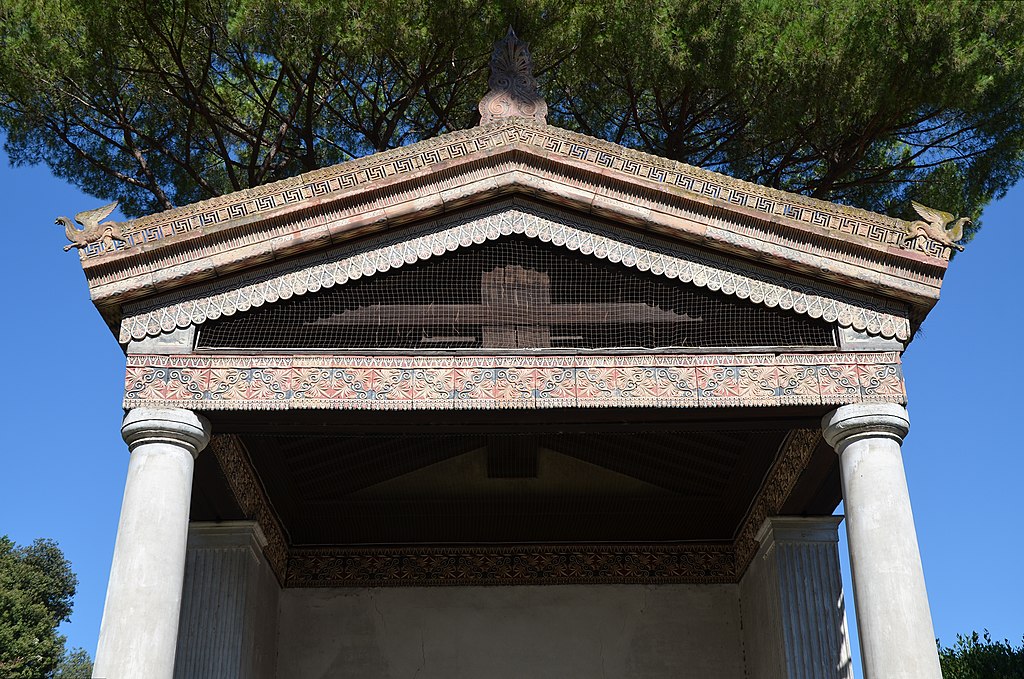 Model of an Etruscan temple.

It is believed that the Etruscan architectural tradition developed around the seventh century BC, perhaps as a result of Greek colonisation that took place in southern Italy. Very little Etruscan architecture survives, as many of the cities were destroyed by the Romans who built over them during the rise of the Roman Empire. Some of their city walls and characteristic masonry arched gateways remain. 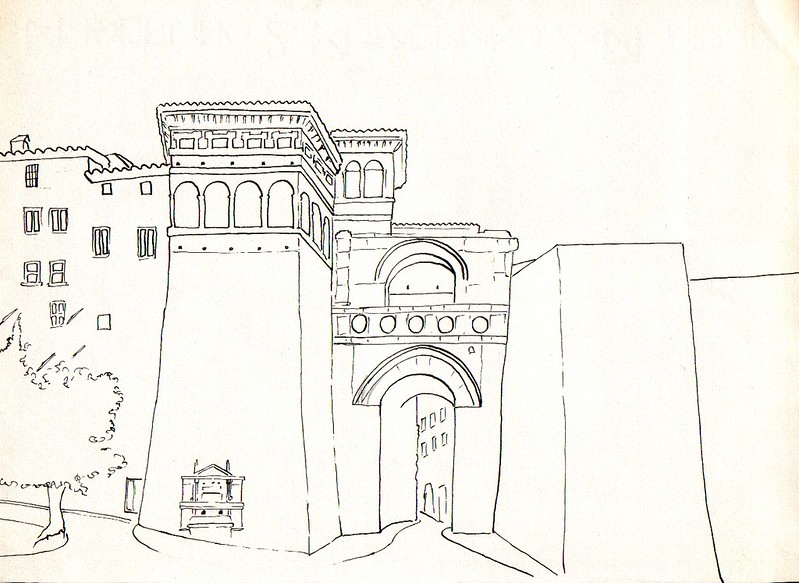 Unlike the Greeks (and later, the Romans) who used stone, the Etruscans favoured building using wood, clay, brick and tufa (building blocks made from the region’s volcanic ash). Stone was reserved for city walls, building foundations and tombs. The traces of Etruscan architecture that have been preserved are primarily religious temples where stone was used for the foundations. 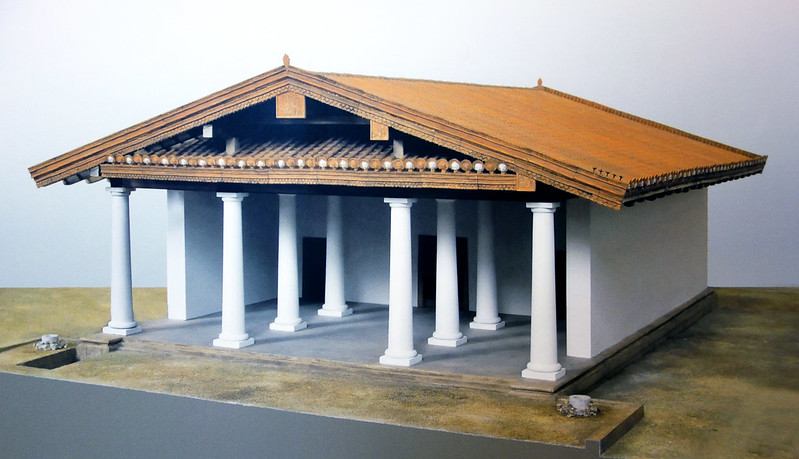 Reconstruction of an Etruscan Temple of the 6th century, according to Vitruvius.

There are ancient Roman descriptions (particularly those by Vitruvius) that remark upon rich facade decorations, but stocky elegance was the underlying characteristic of these structures.

The shape of Etruscan columns was influenced by the simplicity of the Greek Doric order. However, because they were placed widely apart, their ratios and proportions were more in line with the Greek Ionic order. Their wooden columns were decoratively painted. Sometimes they also featured bases and capitals adorned with painted terracotta decorations.

Retrieved from "https://www.designingbuildings.co.uk/wiki/Etruscan_architecture"
Create an article