Eaves are the part of a roof that projects out horizontally beyond the side of the structure it covers. They can have practical functions, such as to provide shade and protection from rain, as well as aesthetic functions, creating a definite distinction between walls and roof.

Typically, the eave’s width is related to the roof pitch. The steeper the pitch is, the narrower the eaves.

There are four basic types of eaves:

Most types of eaves include a fascia, which is a horizontal board that runs around the edge of the eaves to cover the ends of the extended rafters.

Exposed, soffited and boxed-in eaves generally include air vents to ventilate the roof space or roof structure, preventing the accumulation of moisture and so reducing the likelihood of condensation forming. Eaves can also incorporate guttering, which conveys rainwater run off from the roof to a drainage system.

Eaves prevent rain, snow and other debris from causing leakage-related damage to the building facade, by directing it out and away from the building.

Eaves can also provide shading to windows, helping to maintain comfortable internal conditions. In the winter, low-level sun is able to penetrate windows to warm and light the interior, whereas in summer, the projecting eaves prevent direct sunlight from entering the building. 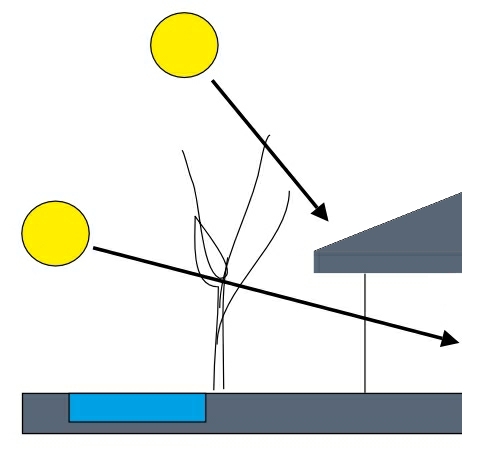 They can also be used to help define the architectural style of a building. For example, Dutch Colonial houses featured flared eaves that curved up and away from the roof; the architect Frank Lloyd Wright often used sweeping, elongated eaves in his Prairie house designs; and traditional Asian pagodas are defined by tiers of multiple eaves. A-frame houses include eaves that can reach ground level. A characteristic element of the Italianate style is buildings with decorative, overhanging eaves on a slightly pitched roof.

Retrieved from "https://www.designingbuildings.co.uk/wiki/Eaves"
Create an article

Optimising the best features of both energy performance tools.