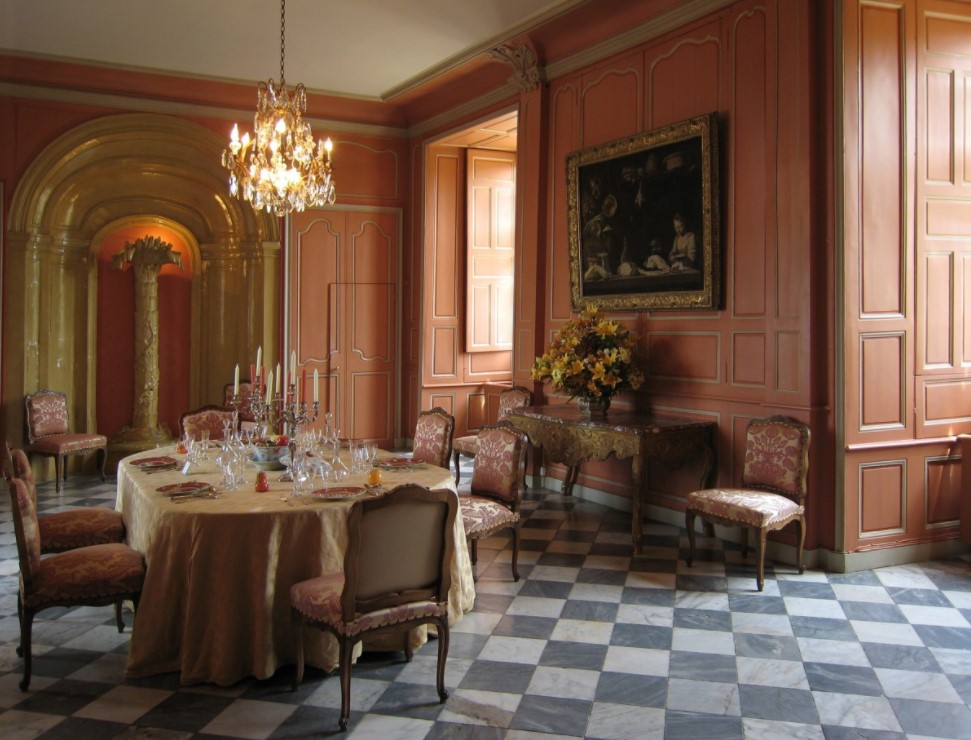 Panelling is a type of timber surface covering primarily used for walls, but it can also be used for furniture, installed on ceilings and so on.

Early evidence of wood panelling appears in the 1400s, when it began to be used as a form of covering for stone walls. Acting as a type of insulation, wood panelling helped to control draughts, reflect heat from fires and dampen sound. It also increased the aesthetic options for walls that could be more easily decorated.

Its decorative characteristics became more sophisticated as techniques from Renaissance Italy spread due its depiction in paintings and print. In Tudor England, wood panelling became highly decorative and was widely adopted in the homes of the rich and, powerful.

During this period, panelling was typically made from thin planks of oak and was often carved with patterns. A linenfold pattern that resembled a fold of fabric became popular in England in the 1500s, with more fanciful panelling appearing in the 1600s and beyond.

In 16th century France, a type of ornate wood panelling known as boiserie became popular. Both intricately carved and fancifully painted, these wall treatments became fashionable during the time of Louis XV and Louis XVI. Examples can be seen in the Palace of Versailles, where rooms of importance were decorated with boiserie that included shallow-relief carvings, painted in contrasting colours and then adorned with gilding. This technique was also applied to doors, frames and other parts of rooms.

A similar form of oak panelling known as wainscoting became popular in England in the 1700s. In addition to protecting walls, it helped to decrease the impact of rising damp that could occur in some types of walls.

Wainscoting was originally used in floor to ceiling applications, but was later more commonly applied to just the lower portion of walls. The use of oak decreased over the years, and other types of timber became more common.

Over the years, different types of materials have been used to produce panelling.

Traditional solid wood panelling is still available and is produced as planks with a tongue and groove edges. This provides a simple way to join the planks and allows movement to prevent splitting. Hardwoods are sometimes available, but softwoods - such as pine - are more commonly used.

Manufactured sheet wallboards come in a wide variety of materials and are made to various standard sizes and in thicknesses. This type of panelling is typically made from plywood or hardboard panels that have been covered with different types of finishes. These can include timber veneers, coloured plastic or simulated wood (on printed paper), embossed brick, stone, plaster or tile. Wallboards can also be made from wood fibre boards and covered with cork or fabric.

Industrial panelling can be made from galvanised steel sheet with a rigid insulation core and a plasterboard inner lining.

Retrieved from "https://www.designingbuildings.co.uk/wiki/Panelling"
Create an article