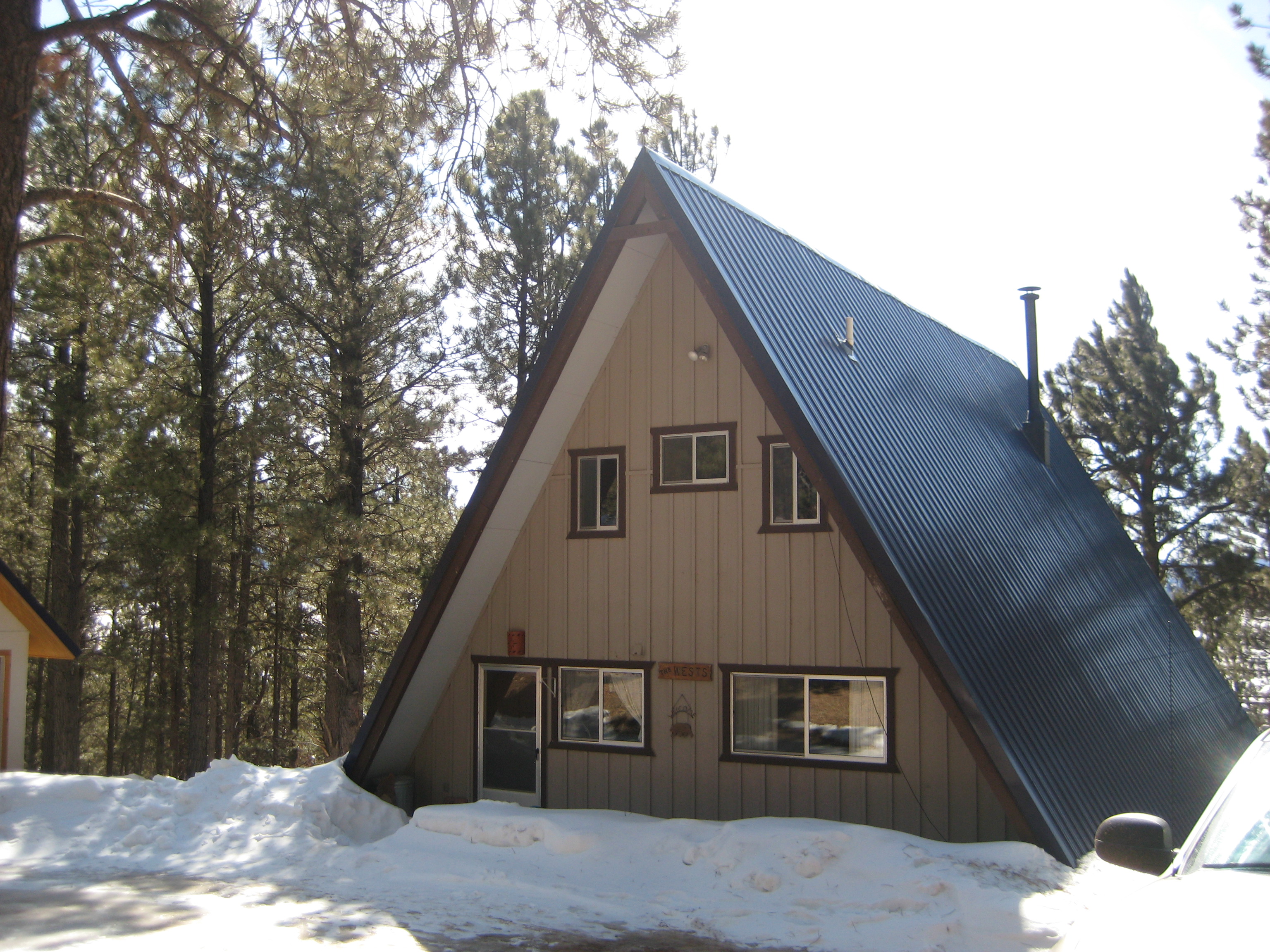 An A-frame house is a style of house characterised by a roofline with steep angles that resembles a triangle, or the letter ‘A’. The roofline usually begins at or near the foundation line, with the two sides meeting centrally at the top.

A-frame houses are frequently constructed using natural building materials such as stone and timber. They are often built according to architectural styles such as Arts and Crafts, or in keeping with the local vernacular architecture, for example in Scandinavian or log cabin design.

A-frame houses often provide less living space than traditional domestic buildings, as they tend to be compact, and have a smaller footprint on the first floor. As a result, they are often used as holiday homes or as second homes.

The prevalence of A-frame houses surged around the mid-1950s to the end of the 1970s. This was due, in part to the inexpensive materials required for building, but also the adaptability and simplicity of the structure, enabling architects to experiment with different designs. In addition, the post-World War II economic boom, particularly in America, meant that many people had more disposable income for holidaying and for buying second homes.

A-frame houses typically have exposed rafters, and the upper rooms must be designed to accommodate the sloping sides of the roof. Many A-frame houses include a balcony at the upper level, and extensive windows are common, taking advantage of views to the front or rear.

A design challenge of the A-frame house is the lack of real wall space, as the roof may slope nearly to the ground. This can mean that fixtures and fittings, or decorative items such as artwork, are difficult to place, leaving a lot of blank and unusable surface.

An advantage of the A-frame house is that it is very durable in heavy snow, as the steep-sloping roof prevents excessive loads accumulating. The house is also suitable for hot climates, as the majority of the living space tends to be on the lower, cooler level.

Over the last few decades, architects have experimented with modified A-frame styles which include more wall space and different roofline angles.

Retrieved from "https://www.designingbuildings.co.uk/wiki/A-frame_house"
Create an article