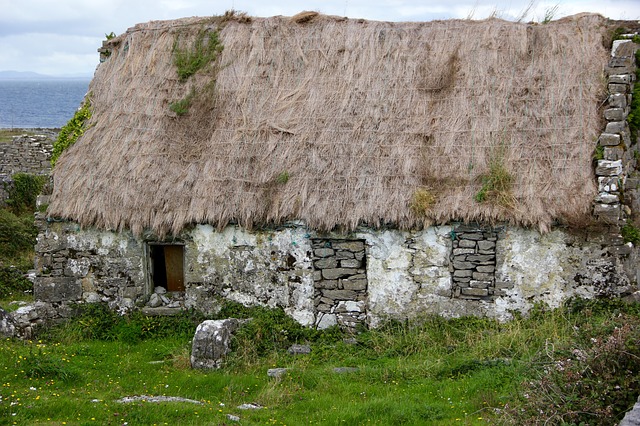 The roof is perhaps the part of the building structure that has the potential to cause the greatest number of problems.

Defects in roofs are often hard to pinpoint. Rainwater entering a flaw in a roof may travel through may different elements of the building before appearing. Water will travel along impervious surfaces such as vapour barriers or structural members, and so defect diagnosis can require more investigative work than for other types of defect.

Some common causes of general roofing defects include:

Pitched roofs in particular can be damaged by wind. In general, small components such as tiles are more susceptible than large units such as sheet material. The popular conception is that the wind will blow the roof covering off, but this will only happen if the wind gets underneath the covering. This is more likely to happen if the roof is pitched at less than 30-degrees.

Wind speed can be increased through:

A number of general problems may occur in the roof covering:

Problems can occur because of impurities within the slate, either through delamination or surface erosion. If the covering is bedded or pointed in mortar, moisture can penetrate at shrinkage cracks in the mortar, and inadequate ventilation around the slates can prevent natural evaporation of moisture, causing damage to the structure.

Problems tend to occur at the ridges which are particularly vulnerable. Common problems include the growth of moss and lichen, and fungus attack. Warm moist climates are more damaging because they encourage such growth. Thatch is also more susceptible to fire damage.

Clay tiles incorporate an interlocking detail which reduces the incidence of blown rain getting under the tile. However, because clay is permeable they can be affected by moisture penetration.

These are heavier than clay, which may mean that the roof structure is incapable of carrying the load.

These are relatively thin and easily damaged. They are prone to warping due to moisture penetration.

Sheet cladding can corrode, particularly at cut edges. Fixings can corrode and fail, and condensation accumulation can cause mould growth and corrosion. Thermal expansion and contraction can cause the failure of joints and fixings.

Ripples or splits can occur particularly where oversized sections have been used or the wrong grade of lead sheeting used. Joints and seams can fail due to poor installation or movement. The deck below the lead roofing can fail, causing distortion of the lead sheeting.

Defects can occur, not only in the roof covering, but also in the structure which supports the roof.

If the structure is unable to adequately support the loads applied by the roof, then deflection can occur. If the roof members are inadequate, collars have been omitted, or lateral bracing is missing, then a roof may be incapable of supporting the load of the roof covering. If the supporting walls are inadequate, then the load applied by the roof can cause them to deflect outwards.

In those circumstances, it is often not possible to reinstate the walls without major remedial work, but further movement can be prevented through the introduction of suitable collars and bracing.

Even where the structure appears adequate, there may be deficiencies in the fixings, or structural members, particularly where they may have been cut to allow the introduction of services.

Retrieved from "https://www.designingbuildings.co.uk/wiki/Roofing_defects"
Create an article