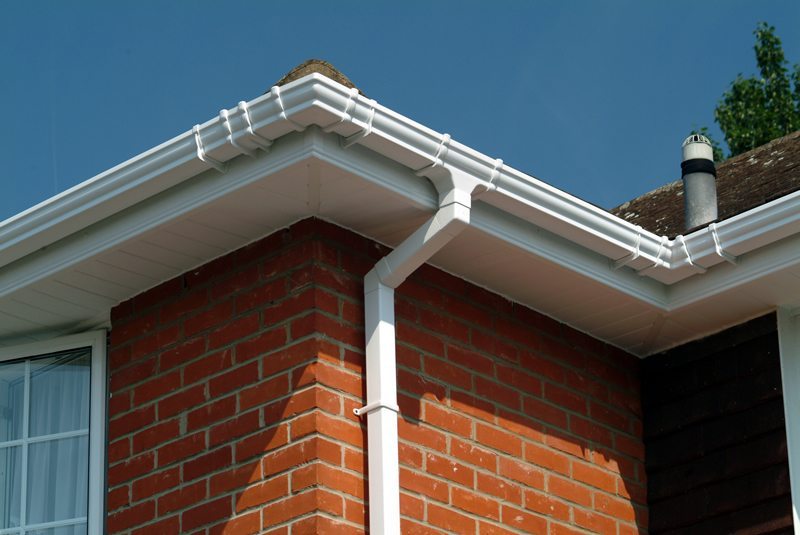 The word 'gutter' originates from the Latin 'gutta' meaning 'a drop' which developed to mean a groove cut into something, or a furrow made by running water.

A rain gutter, also known simply as a gutter or guttering, is part of a building’s water discharge system. It is a trough or channel that runs around the perimeter of a roof, and collects rainwater runoff from the roof, discharging it, usually to rainwater downpipes which convey it to a drainage system. This protects the exterior surfaces of the building and its foundations from damp and potentially suffering damage.

The Building Regulation’s Part H, Drainage and water disposal, requires that adequate provision is made for rainwater to be carried from the roof of buildings. Approved document H suggests that to achieve this, roofs should be designed with a suitable fall towards either a surface water collection channel or gutter that surface water to vertical rainwater downpipes, which in turn connect the discharge to the drainage system.

The size of guttering can be determined from the area of the roof (metres) and the anticipated rainfall intensity (litres/sec/sq. m - the amount of water likely in a 2-minute rainstorm). There are a number of calculators that can be used to size gutters and rainwater downpipes based on this information.

Traditionally, guttering was made out of lead, which was largely replaced from the late-18th century on by cast iron. This enabled gutters to be mass produced. Conservation projects will still specify cast iron gutters for restoration but these can also be replaced with cast aluminium.

Domestic guttering is typically made from uPVC sections, which are easily installed, cost-efficient and lightweight. They require minimal maintenance, apart from ensuring they do not become blocked, and have a good life expectancy. Standard components are available to allow them to be fixed, as well as corner section, connections for downpipes, and so on.

Gutters may also be made from materials such as aluminium alloy, galvanised steel, stainless steel, copper, zinc, and so on.

Retrieved from "https://www.designingbuildings.co.uk/wiki/Rain_gutter"
Create an article