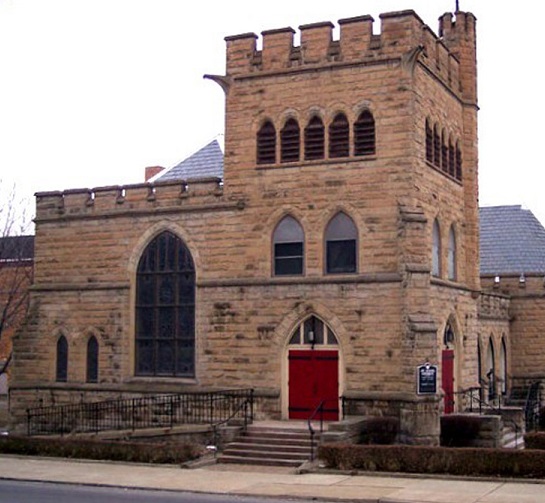 The Gothic Revival style is part of the mid-19th century picturesque and romantic movement in architecture, reflecting the public's taste for buildings inspired by medieval design.

This was a real departure from the previously popular styles that drew inspiration from the classical forms of ancient Greece and Rome. While distinctly different, both the Gothic Revival style and the Greek Revival style looked to the past, and both remained popular throughout the mid 19th century.

This style was promoted as an appropriate design for rural settings, with its complex and irregular shapes and forms fitting well into the natural landscape. Thus, the Gothic Revival style was often chosen for country homes and houses in rural or small town settings, particularly in America.

The Gothic Revival style was also popular for churches, where high style elements such as castle-like towers, parapets, and tracery windows were common, as well as the pointed Gothic arched windows and entries.

The Carpenter Gothic style is a distinctive variation of Gothic Revival, featuring vertical board and batten wooden siding, pointed arches and incised wooden trim. The name comes from the extensive use of decorative wood elements on the exterior. 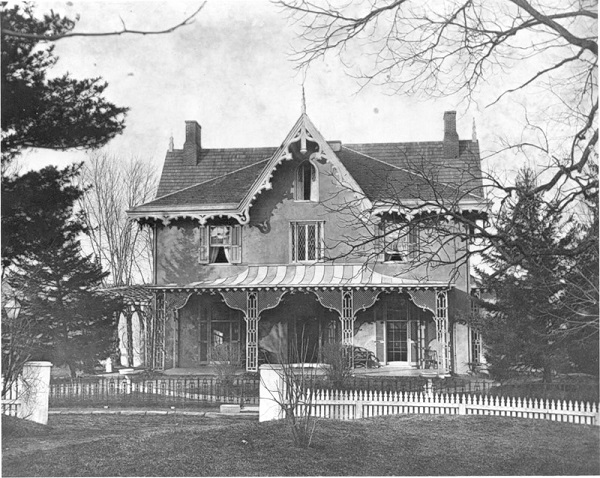 The most commonly identifiable feature of the Gothic Revival style is the pointed arch, used for windows, doors, and decorative elements like porches, dormers, or roof gables.

Other characteristic details include steeply pitched roofs and front-facing gables with delicate wooden trim called vergeboards or bargeboards. This distinctive incised wooden trim is often referred to as 'gingerbread' and is the feature most associated with this style.

Gothic Revival style buildings often have porches with decorative turned posts or slender columns, with flattened arches or side brackets connecting the posts. Gothic Revival style churches may have, not just pointed arch windows and porticos, but often feature a Norman castle-like tower with a crenellated parapet or a high spire.

Retrieved from "https://www.designingbuildings.co.uk/wiki/Gothic_revival_style"
Create an article