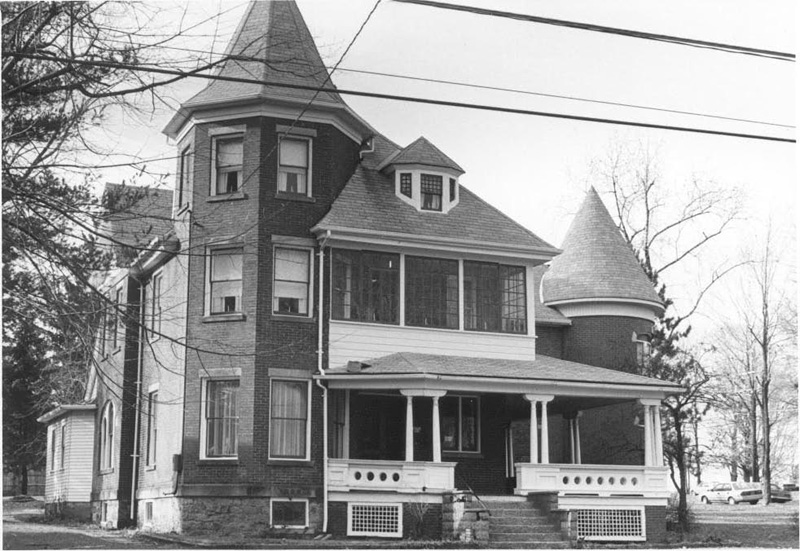 High style Queen Anne buildings are often considered local landmarks. In America it was the most popular style for houses in the period from 1880 to 1900, but was often employed for large-scale public buildings as well.

The style was first created and promoted by Richard Norman Shaw and other English architects in the late 19th century. The name refers to the Renaissance-style architecture popular during the reign of Queen Anne (1702-1714).

Actually, the Queen Anne style is more closely related to the medieval forms of the preceding Elizabethan and Jacobean eras. The style became popular in the United States through the use of pattern books and the publishing of the first architectural magazine 'The American Architect and Building News'.

The use of three dimensional wood trim called spindlework was an American innovation made possible by the technological advances in the mass production of wood trim and the ease of improved railroad transport.

While the Queen Anne style can take a variety of forms, certain key elements are commonly found. Queen Anne buildings almost always have a steep roof with cross gables or large dormers, an asymmetrical front façade, and an expansive porch with decorative wood trim. A round or polygonal front corner tower with a conical roof is a distinctive Queen Anne feature on many buildings of this style. Wall surfaces are usually highly decorative with variety of textures from shingles to half timbering, to panels of pebbles or bas relief friezes.

Retrieved from "https://www.designingbuildings.co.uk/wiki/Queen_Anne_style"
Create an article