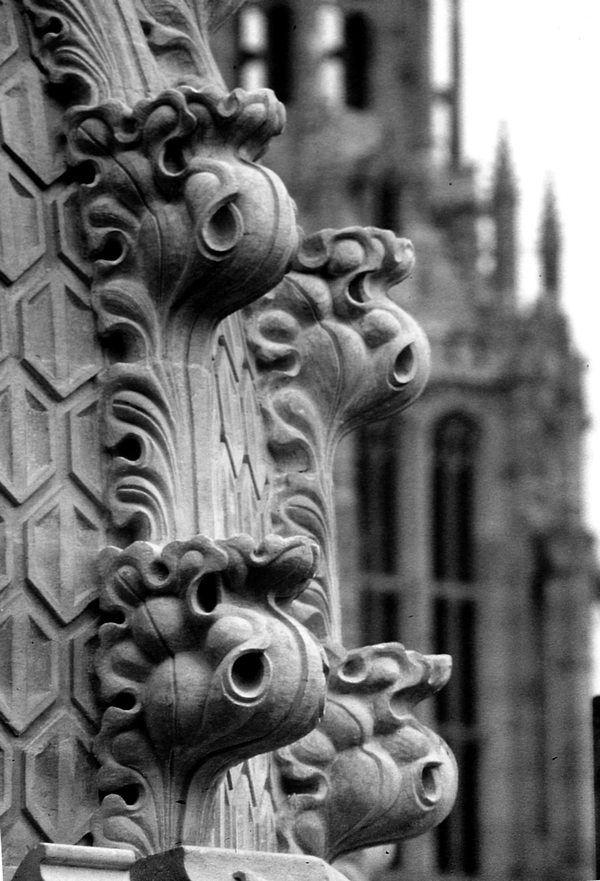 A crocket is an architectural element commonly used for ornamental purposes to decorate column capitals and cornices, as well as the inclined edges of spires, finials, pinnacles, and gables.

Crockets are typically stylised carvings of curled leaves, buds or flowers arranged in rows projecting from structural elements in the form of a ball, or hook. They are often found on gothic buildings and medieval cathedrals. They can also be found as an ornamental element on Gothic furniture and metalwork.

They first appeared in the medieval architecture of the late-12th century, and took the form of a ball-like bud with a spiral outline. This form developed into open leaves by the late Gothic period. By the 15th century, crockets had evolved into richly involuted forms.

Retrieved from "https://www.designingbuildings.co.uk/wiki/Crocket"
Create an article