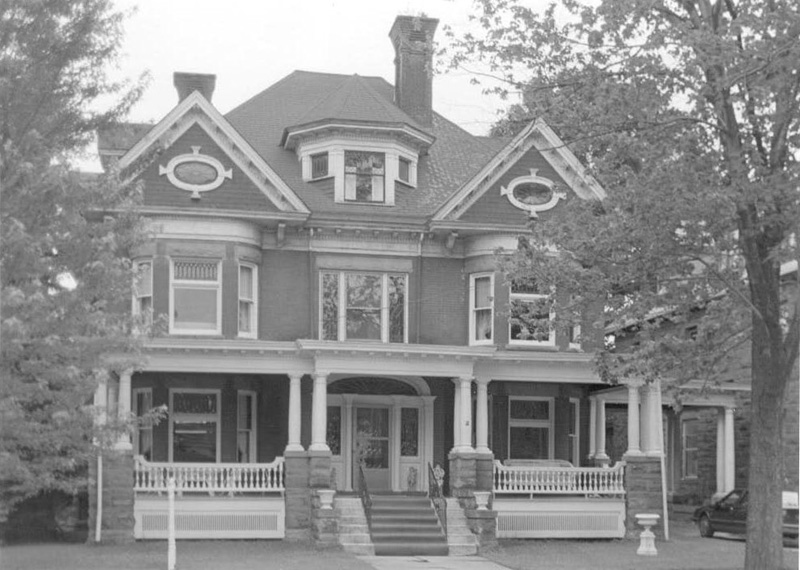 One of the most frequently produced and enduring popular styles in America is the Colonial Revival style (1880 - 1960). It can be seen in a seemingly endless variety of forms throughout the country and still continues to influence residential architecture today.

Like most revival efforts, the Colonial Revival style did not generally produce true copies of earlier styles. Although, in the early years of the 20th century (1915-1935) there was a real interest in studying and duplicating Georgian period architecture. Generally, the Colonial Revival style took certain design elements - front façade symmetry, front entrance fanlights and sidelights, pedimented doorways, porches and dormers - and applied them to larger scale buildings. These Colonial-era details could be combined in a great variety of ways, creating many sub-types within this style.

In the 1940s and 1950s, a more simplified version of the Colonial Revival style became popular for homes, usually featuring a two-storey building, a side-gabled or hipped roof, classically inspired door surrounds and windows, shutters and dormers.

Retrieved from "https://www.designingbuildings.co.uk/wiki/Colonial_Revival_style"
Create an article

The daylighting and ventilation opportunities of new rooflight solutions.

How professionals can play a fundamental role in improving social inclusion.

Prone to noise and drafts, this flooring method can have some benefits.