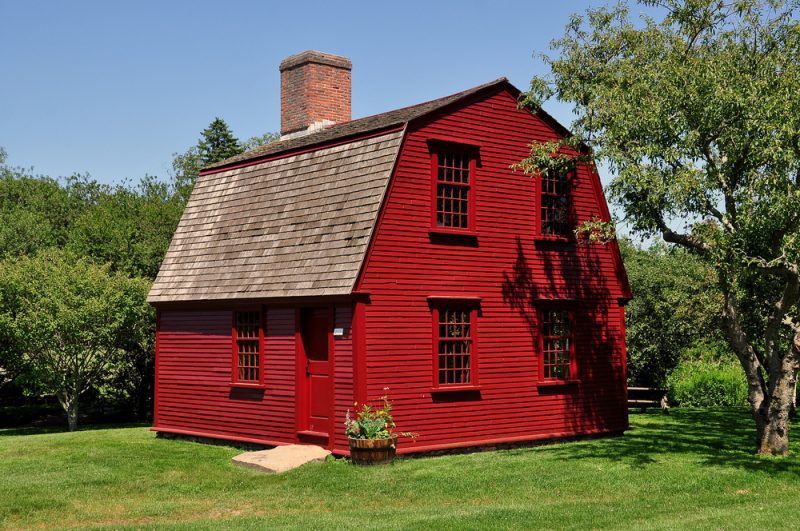 A gambrel roof (also known simply as a gambrel), is a type of two-sided roof that is characterised by vertical gable ends and two slopes on each side. The upper slope is of a shallower pitch than the lower slope which is steeper.

It is similar to a Mansard roof but differs in that it is not hipped, but has vertical gable ends instead. It also typically overhangs the building façade, whereas a Mansard does not.

The etymology of the name is from ‘gamba’, a Medieval Latin term meaning ‘horse’s hock’ or ‘leg’. It was a design that was commonly used for barns and domestic roofs in America.

The advantage of the gambrel roof design is that it can provide an elegant aesthetic and allows for increased storage or living space beneath its steeper sides. It maximises headroom inside the upper storey of the building whilst lowering, what would if it were simply-pitched, be a very tall roof.

Retrieved from "https://www.designingbuildings.co.uk/wiki/Gambrel_roof"
Create an article