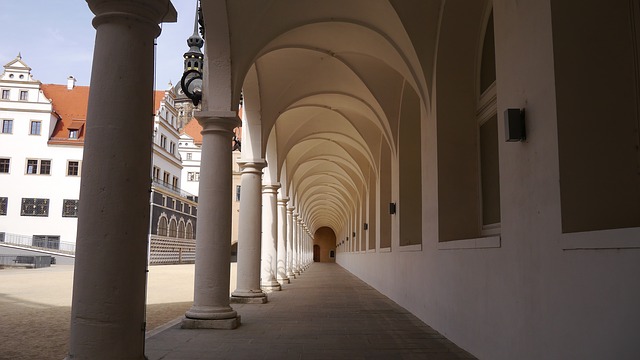 In classical architecture, the term ‘arcade’ refers to a series of arches supported by columns or other vertical elements such as piers. This can be used to form a passageway between arches and a solid wall, or a covered walkway providing access to commercial buildings or markets. Arcades are structurally very strong, and so can carry large loads and stretch for large distances.

Arcades were first developed by the Romans, who took inspiration from ancient aqueduct designs. They used arcades to construct large wall structures; the most famous example being the Colosseum in Rome which has 80 arcaded openings on its first three storeys.

Roman arcades came to be distinguished by the use of pilasters that were attached to piers carrying an entablature. The form developed to become arches resting on the capitals of a row of columns. This style was also adopted during the Gothic period as a decorative element used to divide a church’s nave wall into three horizontal parts.

Retrieved from "https://www.designingbuildings.co.uk/wiki/Arcade"
Create an article